This month we selected a Gyokuro Karigane (玉露雁が音) from Yame (八女), in the prefecture of Fukuoka (福岡). 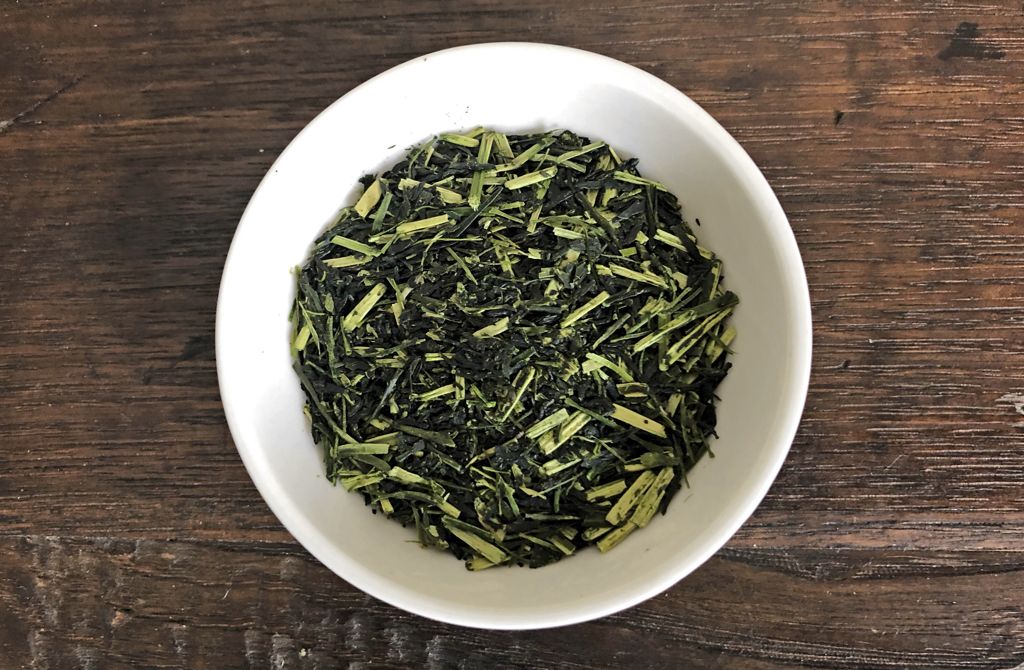 The type of this green tea has four names, depending on the region of Japan it is produced in. In general, especially in the area of Tōkyō, we call it Kukicha (茎茶), or "twig tea". In the district of Hokuriku, center north of Japan, we call it Bōcha (棒茶), or "stick tea". In Kyōto, we call it Karigane (雁が音), or "song of a wild goose" (you can read again the blogpost of March 2016). On the island of Kyūshū, especially in the prefecture of Fukuoka, we call it Shiraore (白折) or "white sticks".

This tea comes from the region of Yame, Fukuoka, famous for its Gyokuro (玉露), or "jade dew", the king of green teas. It is made of only stems/stalks of Gyokuro. 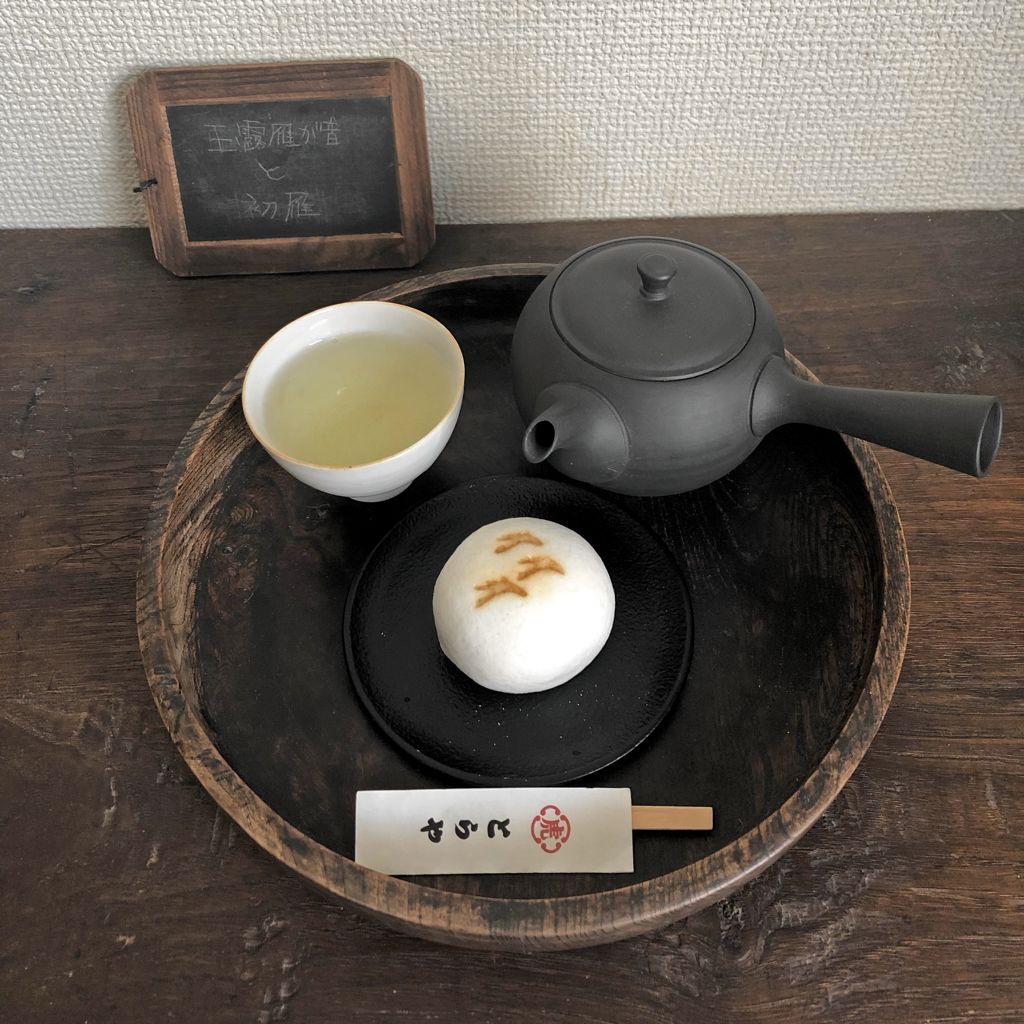 To produce Gyokuro, tea plants are covered with sheets in order to protect them from the sun, making teas with more theanine and less catechin. As a result, we feel a distinct sweetness and a strong umami (theanine). As there is little bitterness, it is easy to infuse and to drink this tea, even for people who don’t like the distinct bitterness of green tea.

In spite of being a tea from Fukuoka, Kyūshū, it is called Karigane rather than Shiraore. Indeed, as we already explained in the blogpost of June 2018, we tend to use the appellation “Karigane” for all high quality twig teas, simply because it sounds nice.

For pairing with this Gyokuro Karigane, I reached at a Japanese sweet called Hatsukari (初雁) which was created in 1707. It means “Wild gooses of first transit in the year”. Two different geese meet up in the mouth! Finally hard summer days are over, and wild geese are coming back form northern parts of Japan. Now we can feel autumnal sweet breeze in the air, drinking Karigane and eating Hatsukari. 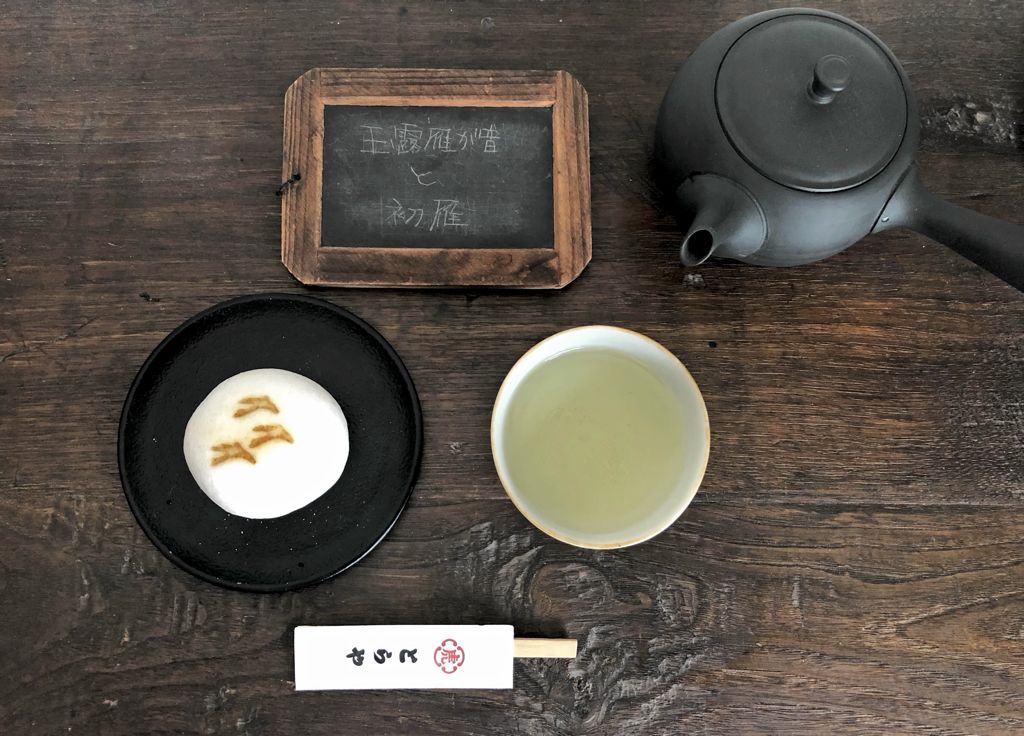 We also call the month of October, Kannazuki (神無月), or the "month without deities". Because according to the legend, a very important meeting called Kamuhakari (神議り) takes place at Izumotaicha (出雲大社), in the prefecture of Shimane (島根県) for seven days, in October according to the lunar calendar. All deities dispersed throughout Japan go there for the All Japanese Deities Summit. By contrast, people who live in this region call October Kamirizuki (神在月), or the "month with deities".

But why are deities gathering there? And what do they do exactly? This shinto shrine is dedicated to the deity of the foundation of Japan called Ōkuninushi (大国主) who had many wives and children, and sent them throughout Japan in order to manage it. Then, he brought them back for annual reports and advice once a year.

Afterwards, not only his wives, his children and himself but the other deities also started to attend the summit. It is said that it is these deities who decide our destiny and our spouse. Everything in Japan is subject to their judgment. If you want to meet them in this period, you have to go to Izumotaisha! 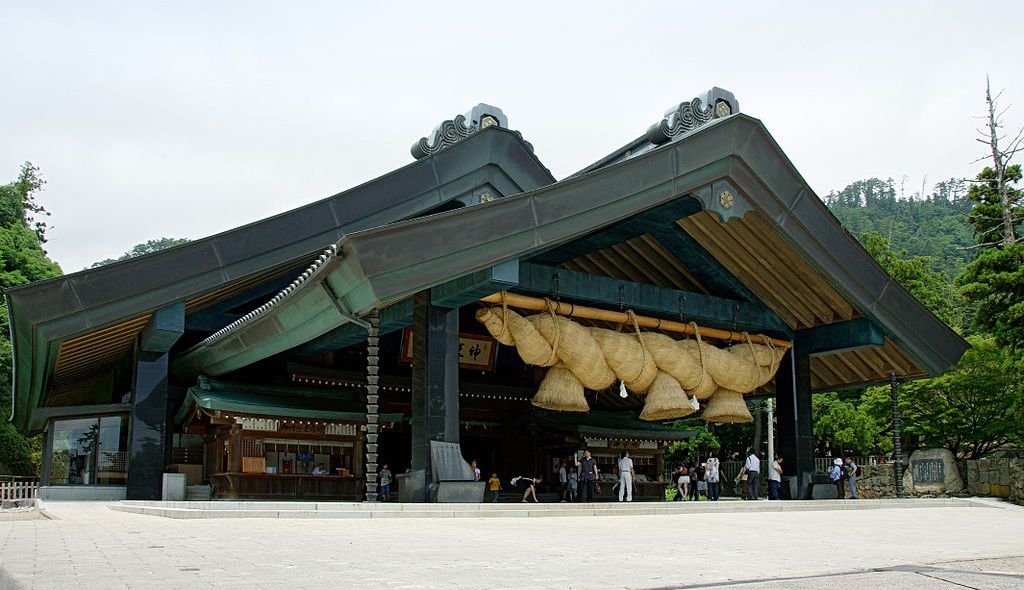 The amount of tealeaves should be adapted according to the desired taste: it should be around a soup spoon (4 grams) of Gyokuro Karigane for 140ml (5oz) of spring water. The infusion should last 30 seconds in water at 80 to 90ºC (175 to 195ºF). Do not forget to pour until the last drop. It’s better not to take long time for the infusion. Enjoy your Gyokuro Karigane!