We selected a Yuzu Ryokucha (ゆず緑茶), a tea exclusively produced in the region of Ureshino (嬉野), in the prefecture of Saga (佐賀), with Yuzu (柚子 or ゆず) peels from Kyūshū (九州). 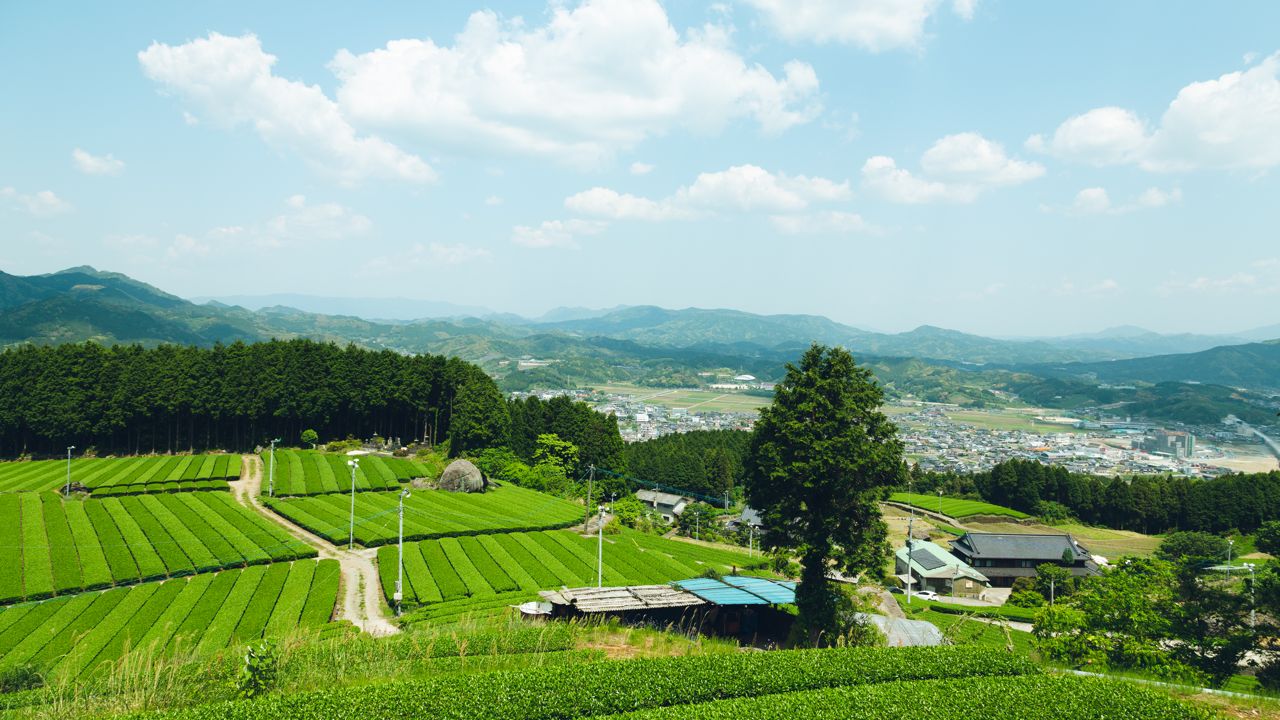 In my opinion, the tea that is loved by Tomotcha staffs must be Yuzu Ryokucha (ゆず緑茶). But it is not easy to find a good Yuzu Ryokucha at a reasonable price. This time we found one 100% made in Kyūshū, the southernmost of the four main islands of Japan. Yuzu Ryokucha literally means a green tea (緑茶) mixed with Yuzu (柚子 or ゆず) peels.

To compose this Yuzu Ryokucha, we use a Kabusecha (かぶせ茶) as green tea. A kabusecha is a green tea prepared by covering tea leaves for several days just before harvest so as to reinforce the sweetness of tea. After that, we complete the tea by the method of Fukamushicha (深蒸し茶): the duration of steaming is somewhat longer than for classic green teas in order to make the tea rich, sweet and deep. 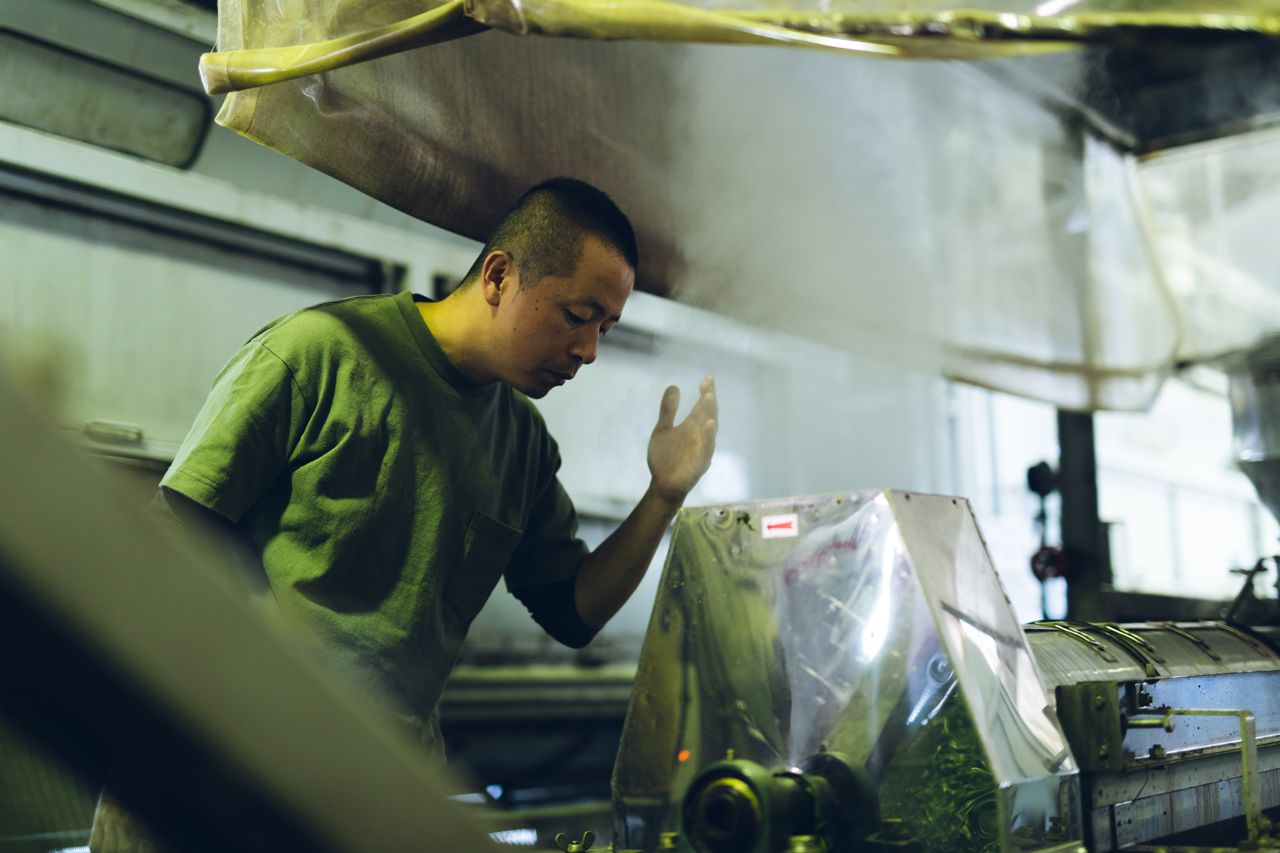 The tea producer, named Soejimaen (副島園), is also producing a Tamaryokucha (玉緑茶) that we introduced to you in March 2018. They adopted the organic agricultural method in 1990. In those days, a lot of tea producers had a tendency to expand tea fields and invest in machines to automate and industrialize tea production. However, this producer took a contrarian stance, and, in short, developed methods for making a good and healthy tea, while avoiding the use of agricultural chemicals. Soejimaen was ahead of its time, and nowadays more and more Japanese producers are adopting the methods of organic agriculture.

The tea that was carefully produced by Soejimaen has a beautiful lemon yellow color resulting from the character of Kabusecha, a distinct taste and pleasant sweetness. The aftertaste is that of a fresh scent of citrus, coming from the Yuzu.

For the pairing of Yuzu Ryokucha, I simply chose Yuzu peels. They enhances the yuzu taste itself. You can also taste some of the pieces of Yuzu peels mixed with the tea. Then you can understand the nuance! 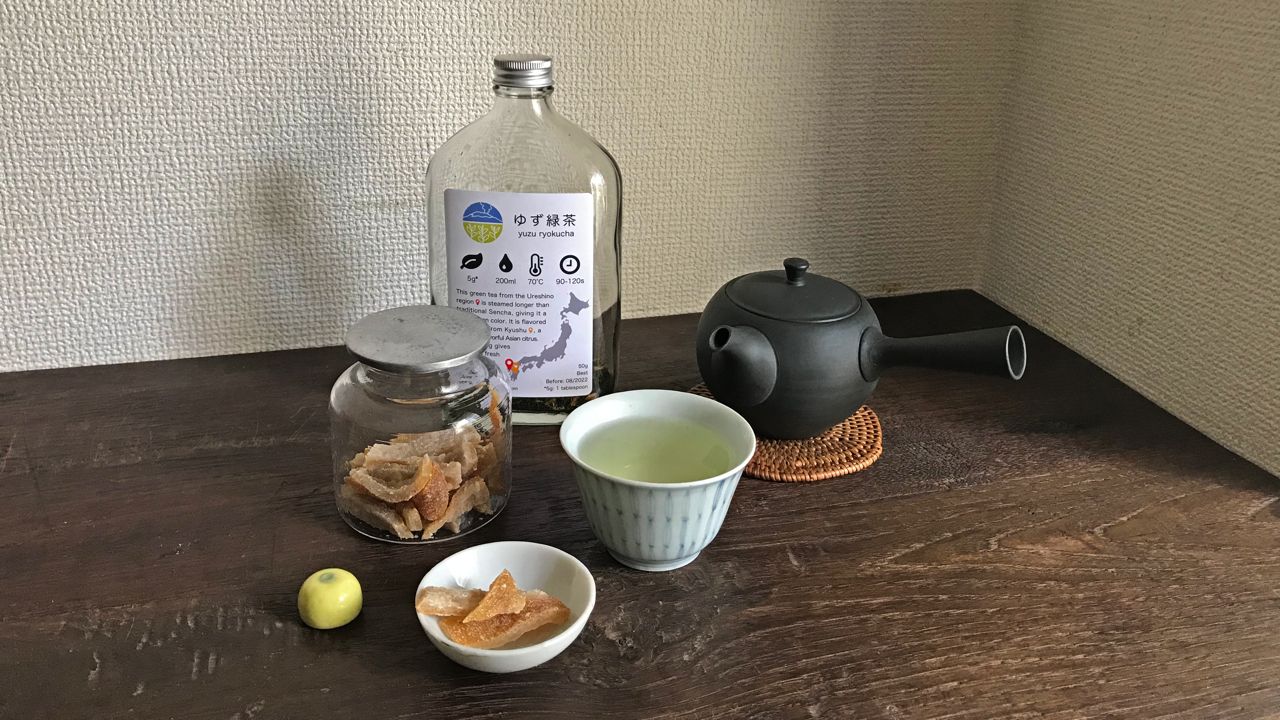 The tradition was to go to the cemetery to venerate our ancestors and meditate for the dead people on the day of autumnal equinox. Thanks to them, our ancestors, our grandparents and our parents, we are here now. However, times are changing, and nowadays many Japanese people don't visit cemeteries anymore.

According to Confucianism, the more old we get, the more knowledgeable we become. In this way, they are very important and precious for us to reach a right path. Therefore, we should remember them and respect them from time to time. We also celebrate the chrysanthemum festival on September 9th, for praying the long life. It also concerns the seniors, the aging, and of course young people! 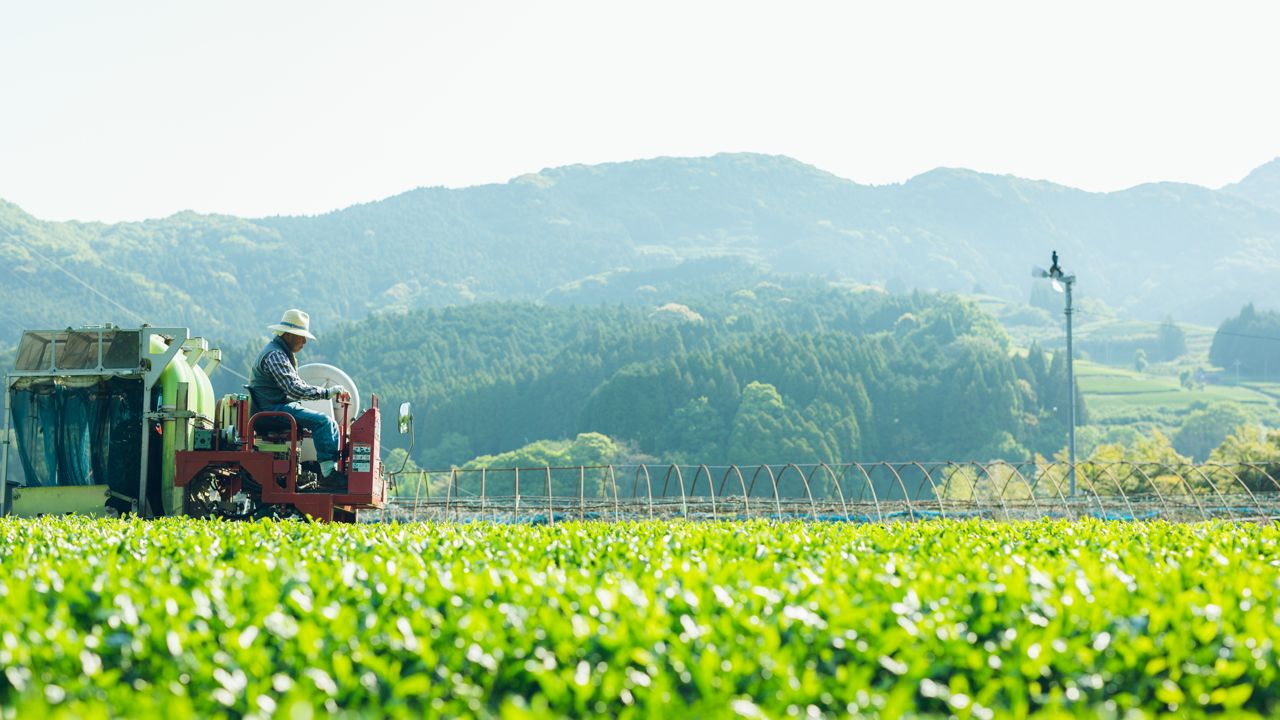 Tea plantation in Ureshino (from Soejimaen)

The amount of tea leaves should be adapted according to the desired taste: it should be around 5 grams of Yuzu Ryokucha for 200ml (7oz) of spring water. The infusion should last 90 seconds in water at 70 to 80ºC (160 to 180ºF).

I recommend trying it cold, by making extra tea and putting it in the refrigerator for a while. As such, the yuzu taste is stronger.