This month we selected a Zaracha (ざら茶) from the region of Tsuwano (津和野), in the prefecture of Shimane (島根). 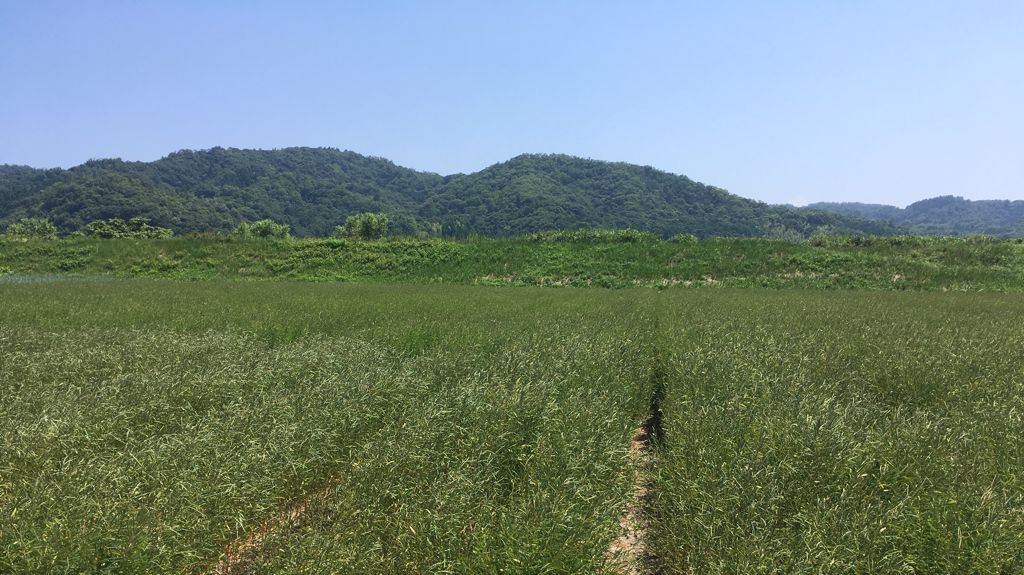 Field of Kawaraketsumei in the prefecture of Shimane

As I told you about the Shimane (島根) prefecture last month, it becomes a special place for Japanese deities in October. Zaracha is an original tea from this region. It is the second time we present it to you.

The plant called Kawaraketsumei (河原決明) in Japanese is an annual plant of the family of beans. It is narrow, approximately 70cm high, bearing pretty yellow flowers and small pods. The plant is sowed in April and harvested in August. It is cut at ground level, dried, cut up and roasted. 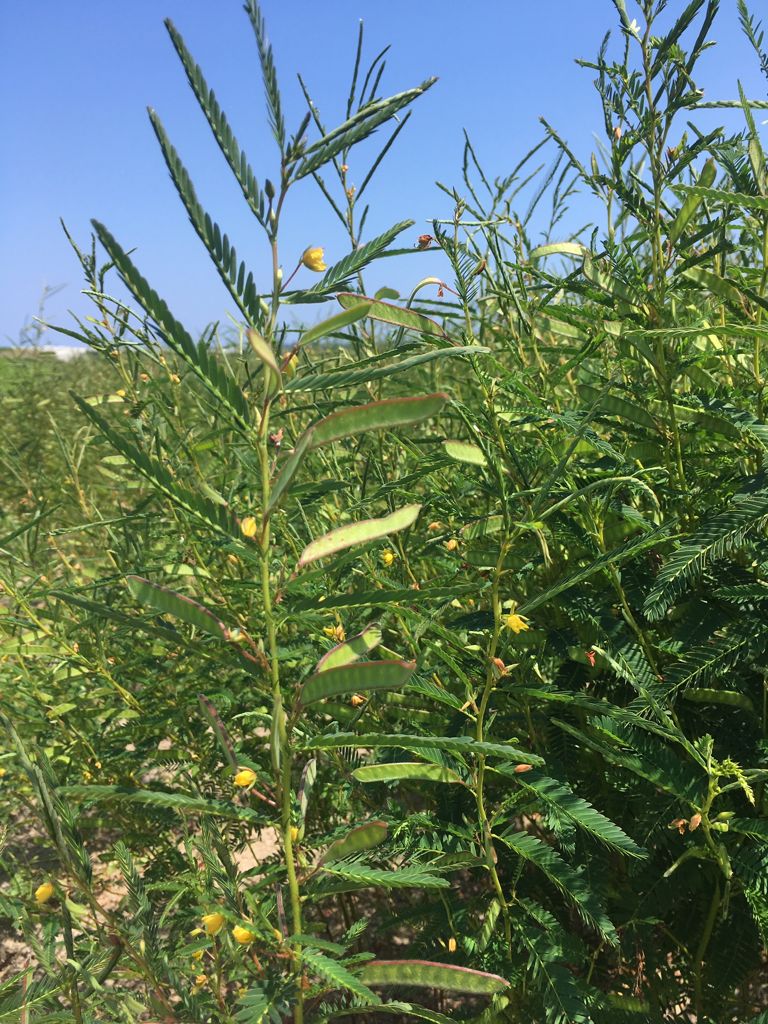 All parts of the plant are consumed: stems, leaves, flowers and pods. We can distinguish a roasted aroma clearly, but we can also feel a pleasant sweetness. Zaracha is an infusion well known in this region for its "detox" properties, but has also been enjoyed as an everyday tea for many centuries.

Now is the season of chestnuts. I tasted Zaracha with two chestnut cakes: Kurikomochi (栗粉餅), a Japanese cake, and Mont Blanc, a French cake.

These two cakes are similar in appearance and taste. The difference comes from the ingredients. The Japanese version is made of white sweet bean paste, and the French version is made of merengue and whip cream. I cannot say which is best, but the sweet taste of both goes very well with Zaracha. 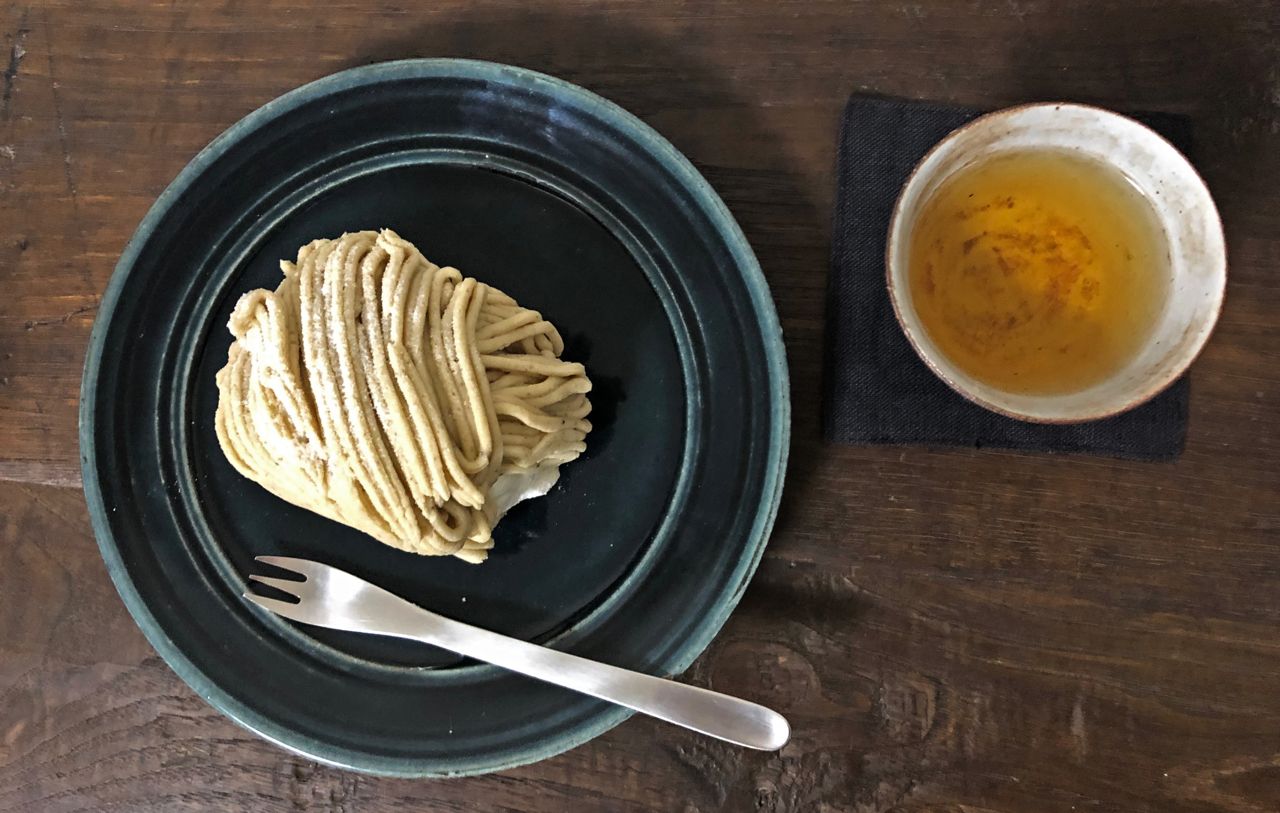 In November, Jinja (神社), that is to say Shinto shrines (where we worship the many Shinto deities) are full of small children who reach the age of 3 and 5 for boys, and 3 and 7 for girls. They go there in their best attire, with their parents and their grandparents, to thank/pray for their good health to deities. 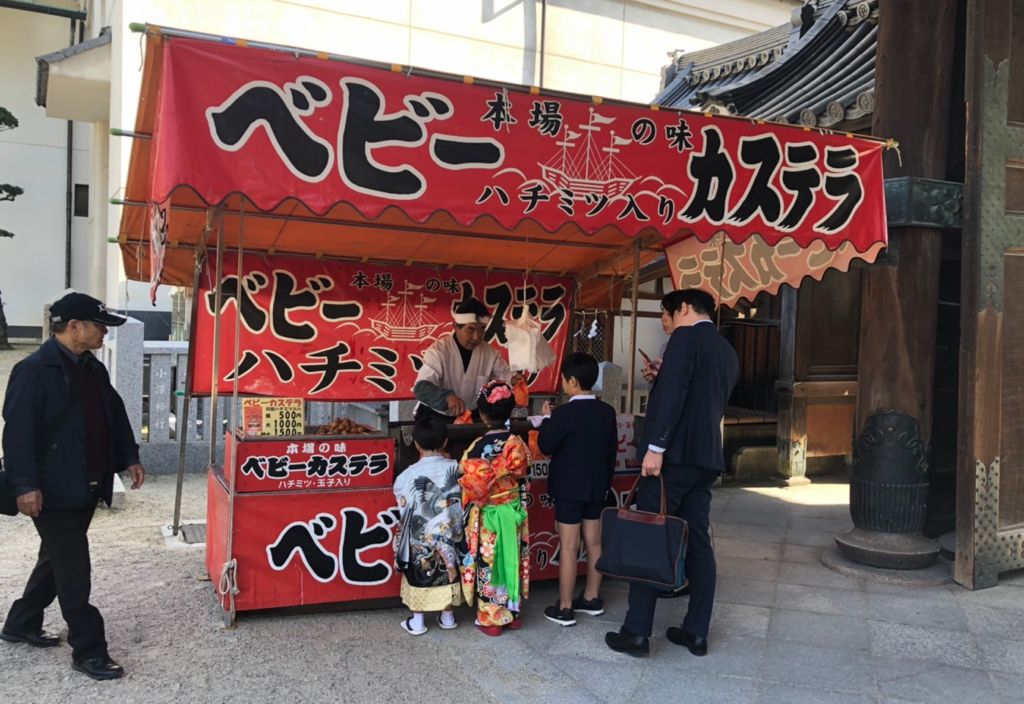 It is one of the old customs in Japan, and this event is literally called 7-5-3 (Shichi-Go-San). 7-5-3 generally falls on November 15. It was said that children were weak until their 7 years old birthday, so their parents were worried about it. Therefore, they asked gods to protect them at each special event.

In Jinja, we sell special long stick of candies called Chitose ame (千歳飴) in this season. It means 1000 years old candy for wishing their longevity. 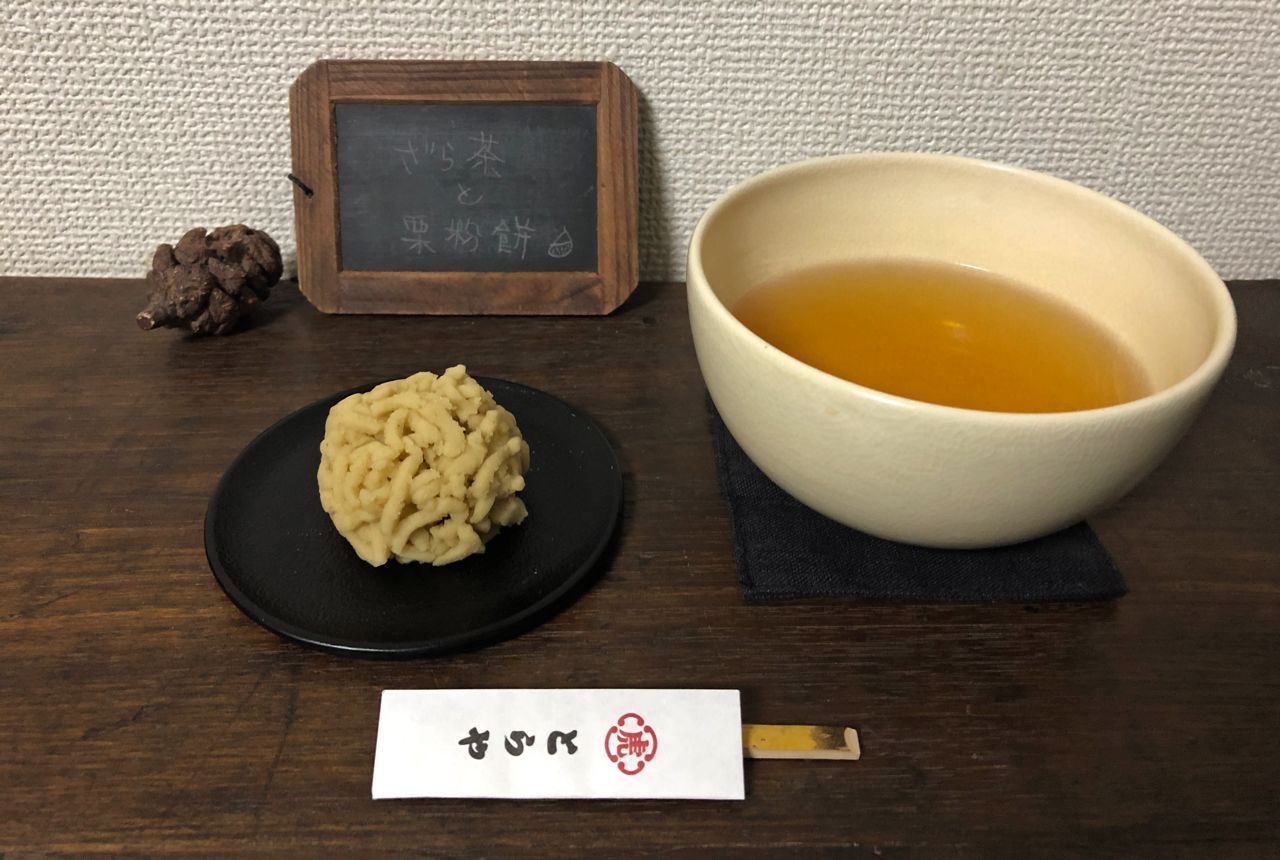 The amount of leaves should be adapted according to the desired taste: it should be 2 teaspoons (around 1.5 grams) of Zaracha for 200ml (7oz) of spring water. The infusion should last 3 minutes in boiling water. You can serve hot or cold.