This month we have selected a Kamairicha (釜入り茶) from Gokase (五ヶ瀬), in the prefecture of Miyazaki (宮崎). 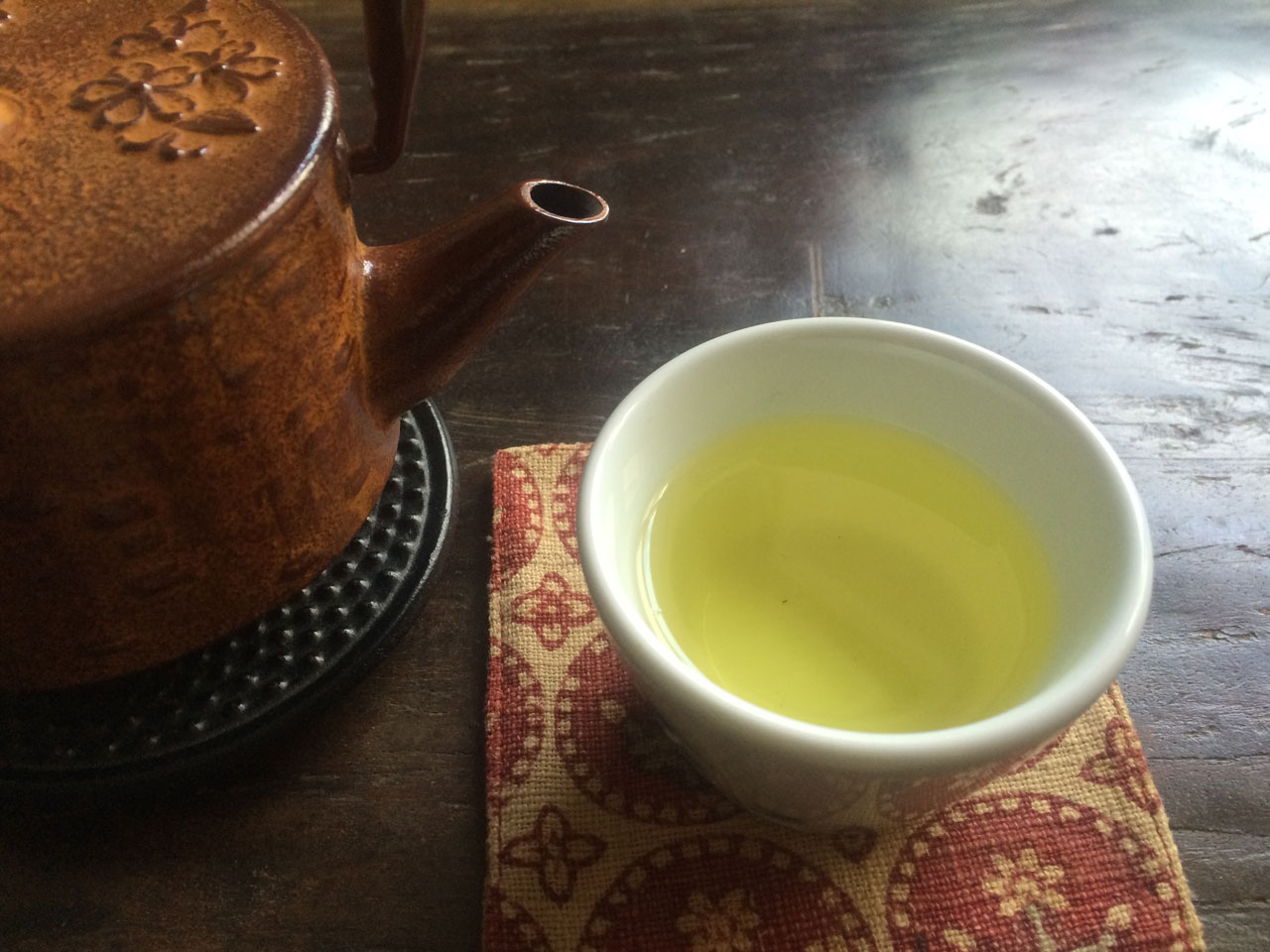 Kamairicha is a roasted green tea. Generally, Japanese green tea is made by steaming tea leaves immediately after harvesting, before the fermentation starts. On the other hand, tealeaves of Kamairicha are not steamed, but fired in an iron pan. Hojicha (焙じ茶), which we selected in May, is also called a roasted tea, however it is in fact roasted after having been steamed.

Kamairicha means “tea made in a pan”. The method used to make Kamairicha came from China via Korea in the 16th century, and is practiced only in the Kyushu area. However, Kamairicha is not similar to most Chinese teas, which are usually half-fermented or fully fermented after harvesting.

Kamairicha has a roasted aroma derived from the method of roasting, freshness and sweetness with a brilliant golden color. Tealeaves are characterized by their curled shape (Japanese green tea leaves are usually needle-like). 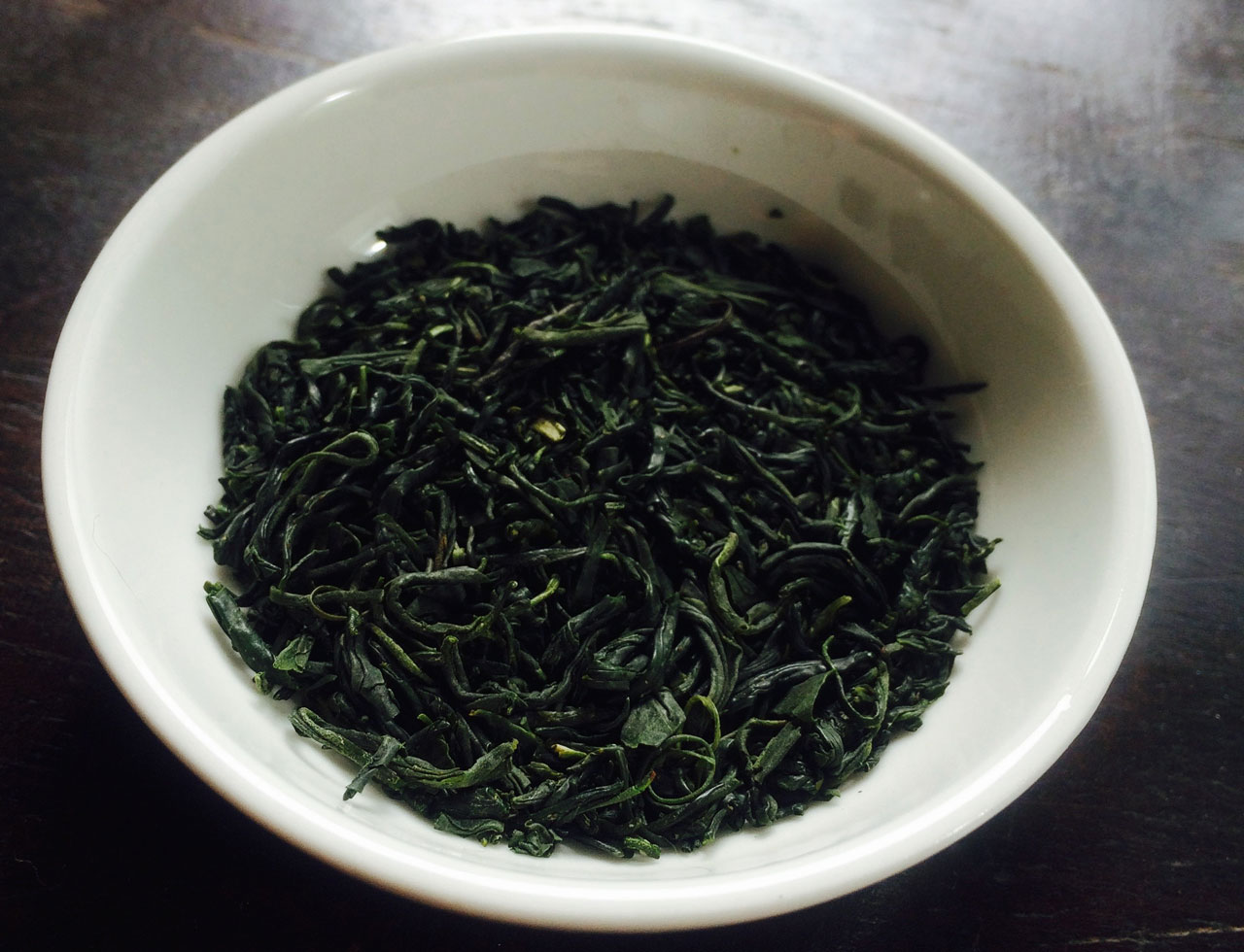 Gokase, in the prefecture of Miyazaki, Kyushu

Miyazaki is located in the south of Japan, way down from Fukuoka, where last month Gyokuro was produced. Miyazaki is considered the cradle of Japanese civilization: according to Japanese mythology, the ancestor of our emperor, Ninigi-no-Mikoto (the prince of god) descended to earth right there in Miyazaki, from heaven, in order to found the nation. Afterwards, it would be called the Land of the Rising Sun, Japan! There are several mythical sites such as Takachiho-kyo (a beautiful canyon) and Shinto shrines originated from this legend in the area.

The producer we selected is Sakamotoen. Its tea plantation is located on a plateau at altitudes between 500 and 800 meters above sea level. There, clear air, fog and fertile lands are key conditions to make a good Kamairicha. This producer received the grand prize of the Minister for Agriculture, Forestry and Fisheries in the category of Kamairicha of the 2014 edition of the Japanese tea competition.

The amount of leaves should be adapted according to the desired taste: it should be around 2 heaping teaspoons (4 grams) of Kamairicha for 120ml (4.0oz) of spring water.

The first infusion should last thirty seconds in water at 80-90ºC (180-195ºF). Subsequent infusions should be for shorter times at increasing temperature.