For the September shipment we have selected the highest grade tea of Japan -Gyokuro- from its greatest appellation: the city of Yame located in the Fukuoka prefecture.

Gyokuro (玉露) is a type of Sencha (煎茶). It has a round and sweet taste with a brilliant green color, similar to jade. Hence the name "Gyokuro", which means literally "dew of jade". Gyokuro is considered a luxury tea in Japan, so Japanese don’t drink it as an everyday tea, but rather for special occasions…

The production of Gyokuro is similar to that of Kabusecha (かぶせ茶): see Tomotcha's first ever shipment in February 2015. 20 days before harvest the tea trees are covered with reed blinds or straw blinds to shield the tealeaves from direct sunlight. Then only the burgeons of tea are harvested, carefully selecting the good ones by hand. As a result, Gyokuro is very rich in theanine (a kind of Umami) and caffeine; not so much in catechin and bitterness.

Gyokuro was created by a merchant of green tea, Mr. Yamamoto, in 1835 during the Edo area. It is produced only once a year: gyokuro is a first flush only tea, while other green teas like sencha are produced 3 or 4 times a year. 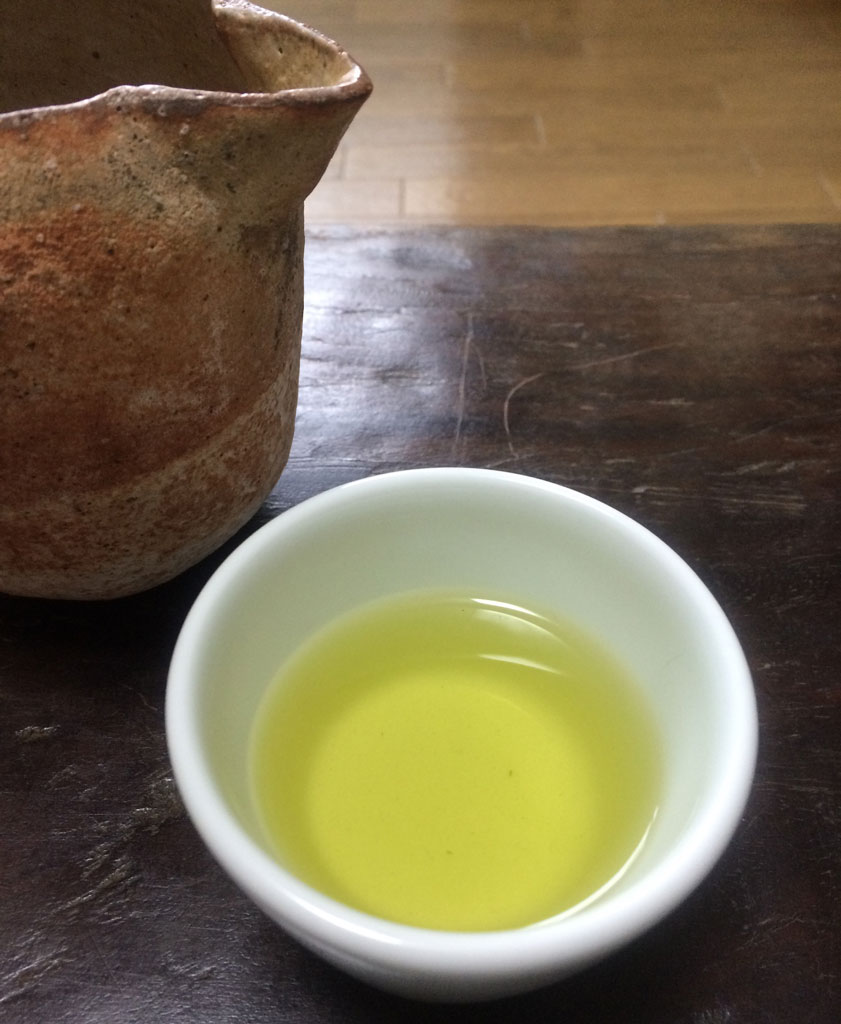 Yame, in the prefecture of Fukuoka, Kyushu

Fukuoka is located in the south of Japan and is considered the west gate of Japan, as it is close to South Korea and China. Nearly half of Japan's Gyokuro is produced in the area of Yame, also known for an important competition of Japanese tea held there every year.

The gyokuro we have selected is produced by Koga Seicha, a historical producer established in 1820.

The quantity of tea depends on your desired taste : approximately 2 teaspoons (9 grams) of Gyokuro for 60ml (2.1oz) of water.

If you have questions about Japanese green teas, please don’t hesitate to ask us!