This month we selected an Oolongcha (烏龍茶) “made in Japan”, elaborated in the district of Kuma (球磨) in the Kumamoto prefecture (熊本). 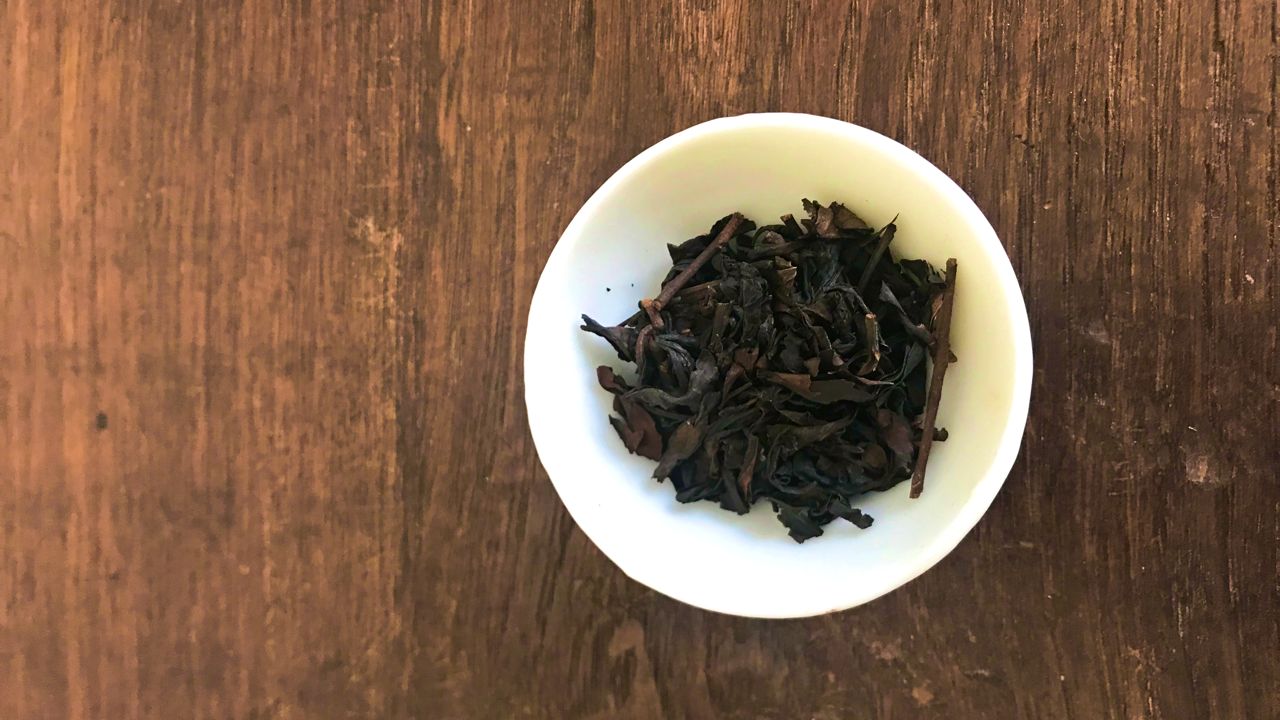 We aimed at an Oolong made exclusively in Japan. Oolong is a half-oxidized tea, that you may know as a Chinese tea. And indeed it is usually “made in China“ or “made in Taiwan”. In Chinese, Oolongcha (烏龍茶) means a tea (茶) having a black color like a raven (烏), and curled like a dragon (龍).

This oolong is 100% organic. The tea plantation is located almost at the center of Kyushu (九州), surrounded by mountains, and located along a river. The tea producer, called Shoeisha (翔栄舎) and founded in 1946, adopted the organic way of never using artificial or chemical products since 1978, long before organic produces became trendy. He says that the important thing for making a good tea is a laissez-faire approach, leaving the tea trees in nature. Too much care damage tea trees. On the contrary it is not necessary to give excessive protections to them. 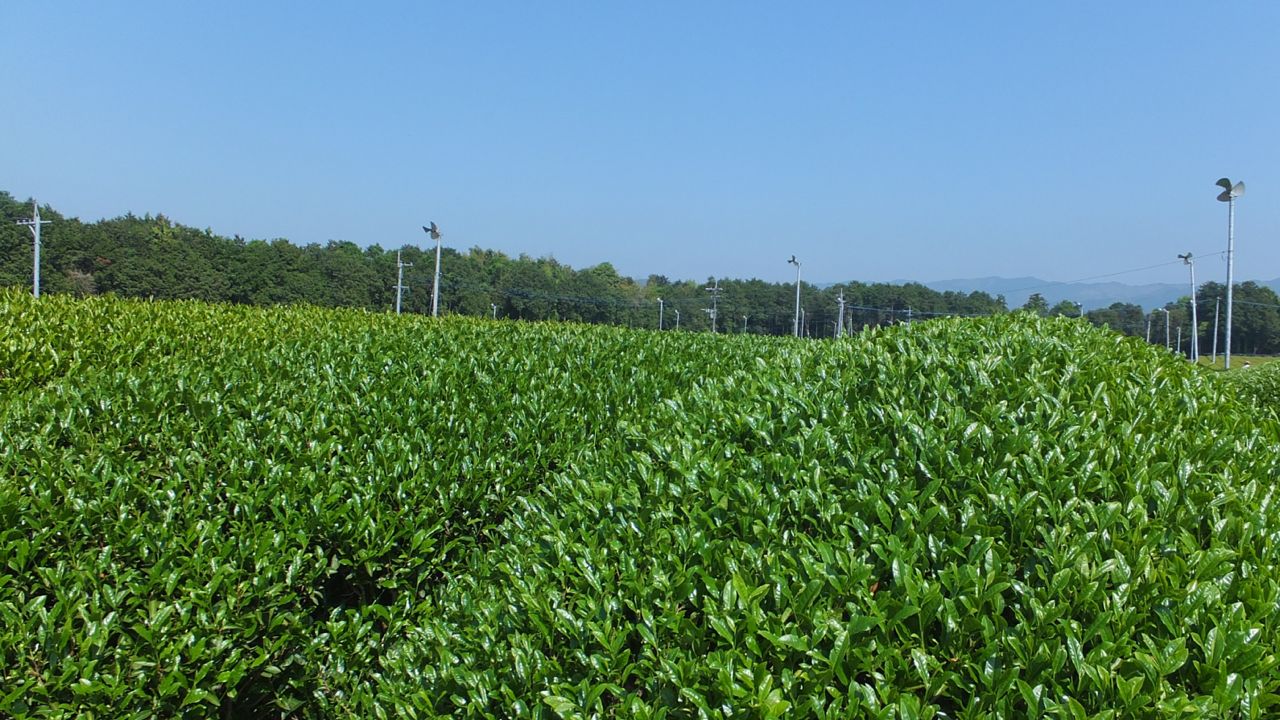 A couple of days before the harvest, the trees are shieled from the sun. That is the process of kabusecha (かぶせ茶), in order to make a tasty tea, with little bitterness. And then, we let the raw tea leaves rest during 3 to 7 days, to oxydize naturally. After that, we steam the tea leaves, at the proper moment, so as to stop the oxidation. Otherwise, it would become a black tea (fully oxidized). Then, we have to wait 3 years to drink the oolongcha!

March 3rd was Hinamatsuri, also called Doll's Day or Girls' Day. So I sipped my oolong tea with Japanese popcorns, that we can only enjoy at this time of the year. They are called Hina-arare (ひなあられ), colored popcorns, salty, sweet, with chocolate etc. By the way, do see you there are 2 different dispositions of a couple of dolls and why? (The answer is in the blogpost of March 2019.) 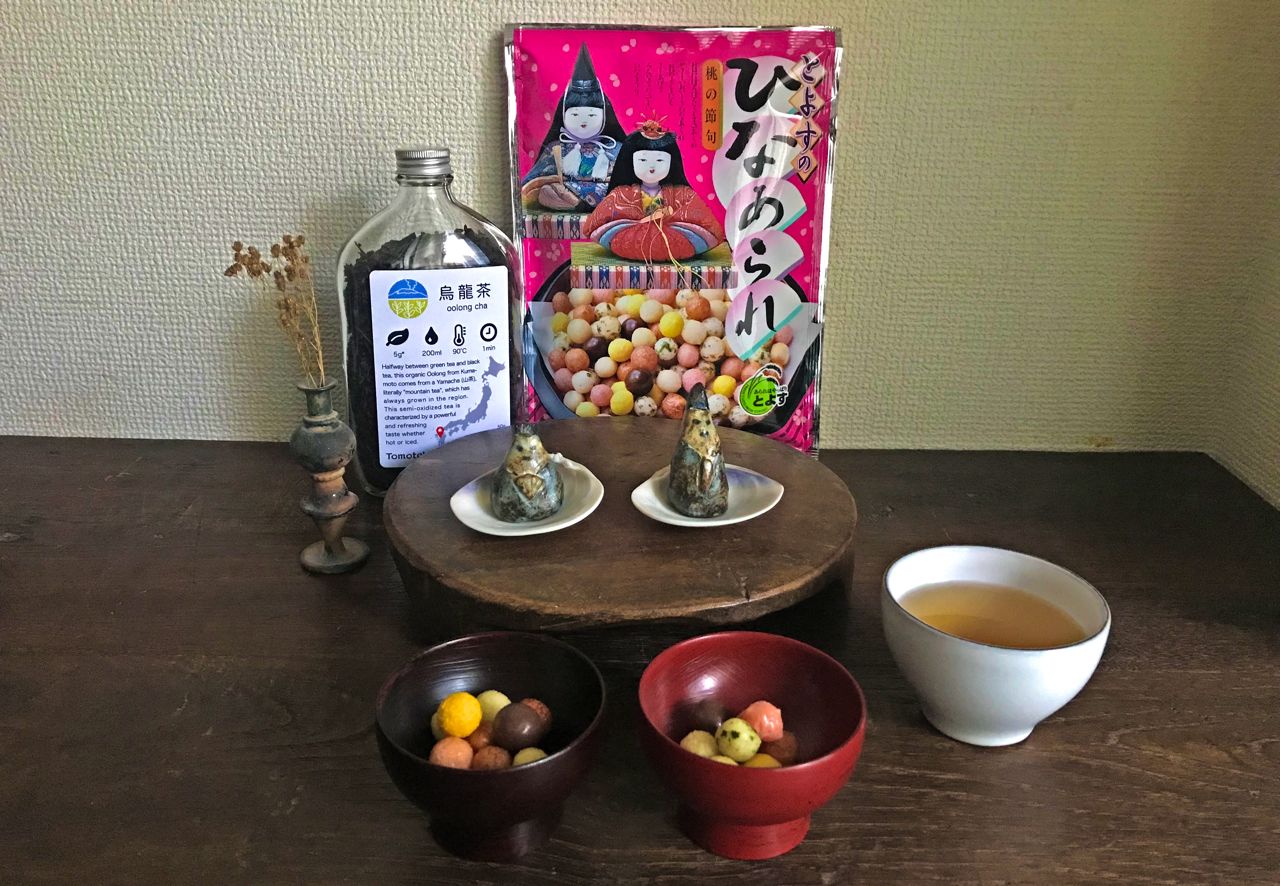 History of Oolong in Japan

It's a quite recent history! In 1980, canned oolong tea made an appearance in Japanese beverage market. Until then, most Japanese people did not know oolong. That is why, it didn’t sell well at all. Until a Messiah came. An idol of the then young generation: the duo “Pink Lady”. They confided that they could have slender bodies by drinking oolong tea. Their words had a tremendous effect, especially with young people. Moreover, the taste of oolong is not complicated and does not disrupt meals.

Nowadays Japanese people cannot make do without Oolong tea in the restaurant or in the café. Oolong tea became popular in Japan in a very short period of time. However, it must be said that we do not brew oolong at home, but we simply buy it ready to drink in a konbini (convenience stores opened 24/7), or we order it in restaurants and cafés (where they do not make it either, they simply purchase it… except in some tea houses). 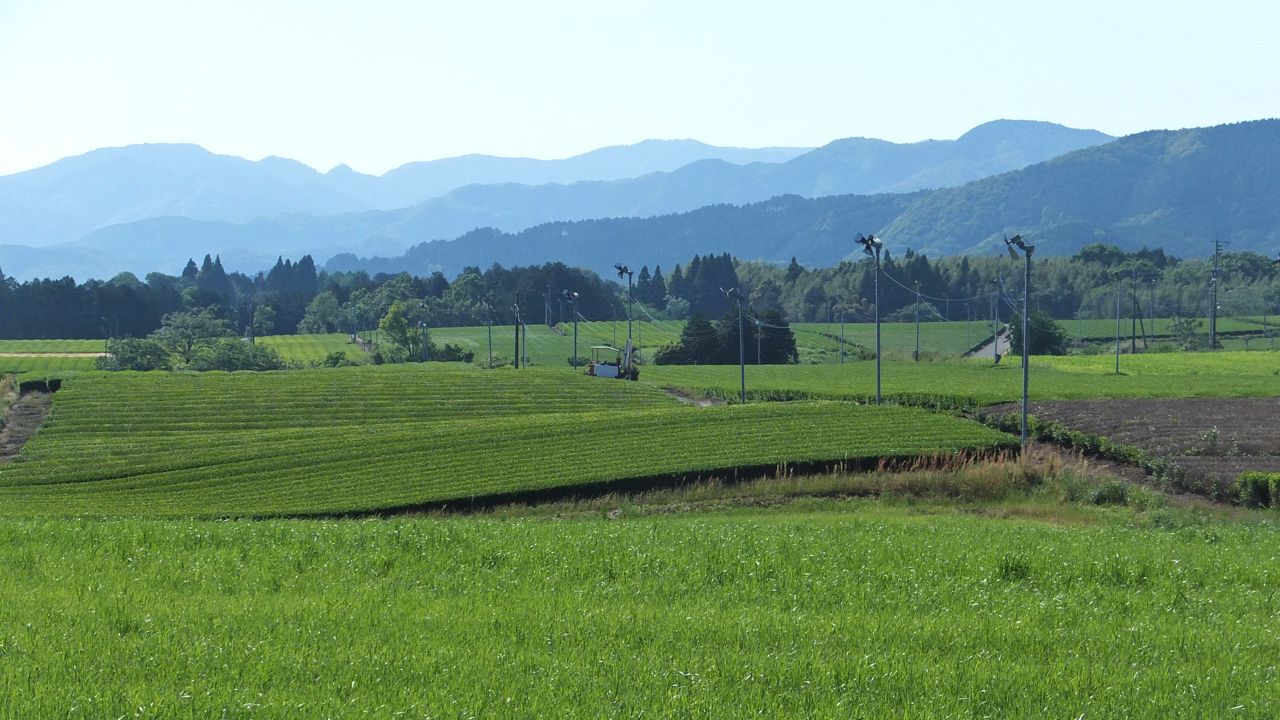 The amount of tealeaves should be adapted according to the desired taste: it should be around 5 grams of Oolong for 200ml (7oz) of spring water. The infusion should last 60 seconds in water at 90ºC (190ºF). In summer, you can also drink it chilled with ice-cubes. Enjoy your oolong!