For the end of the year, we selected an Onocha (小野茶), from the district of Ono (小野), in the prefecture of Yamaguchi (山口).

This tea was initially supposed to be our December 2021 selection. But because of this never-ending COVID-19 pandemic, we had to reorganize our delivery pipeline, temporarily shipping out of France. Accumulating delays, December 2021 eventually became January 2022, so we ended up doing a single shipment for both months! 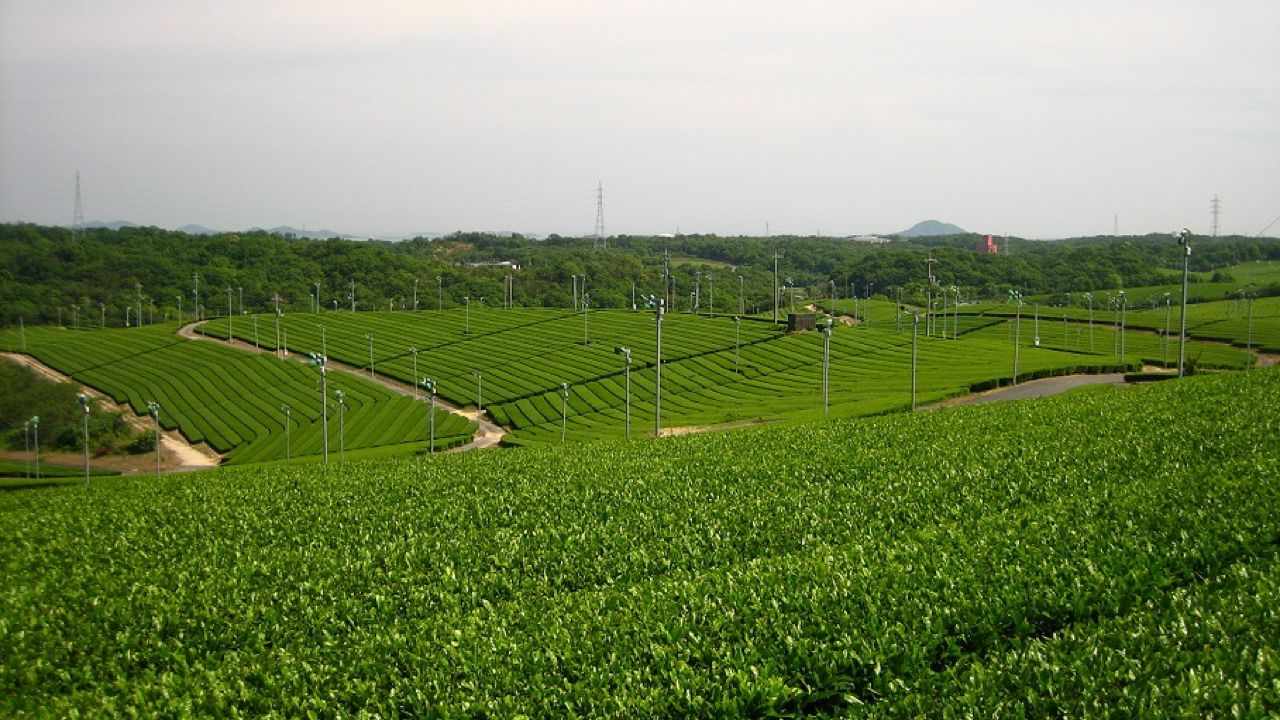 The prefecture of Yamaguchi is located at the western edge of Honshū (本州), the main island of Japan. Not much green tea is produced there. However, green tea production in that area started during Edo (江戸) period, about four centuries ago. Until the beginning of Meiji (明治) period, we made green tea everywhere in this region. However, it slowly went down to 125 tons per year today, with most of the production (90%) is located in the district of Ono (小野).

Tea cultivation in this region was introduced by an engineer famous for producing high quality green tea, who came from Yame (八女), in the prefecture of Fukuoka. He was invited by the prefecture of Yamaguchi. We made a big tea plantation of 100 hectares, using a gentle hill in an optimal way. It is like a huge green carpet. The tea plantation on the hill is well drained, which can extend the length of tea harvest period.

The land in this zone is not very fertile and consists mostly of reddish soil with fine sand. The red soil gives sweetness, and the grey sand bitterness, resulting in Onocha (小野茶), a green tea with character, a rich taste, and a golden color. 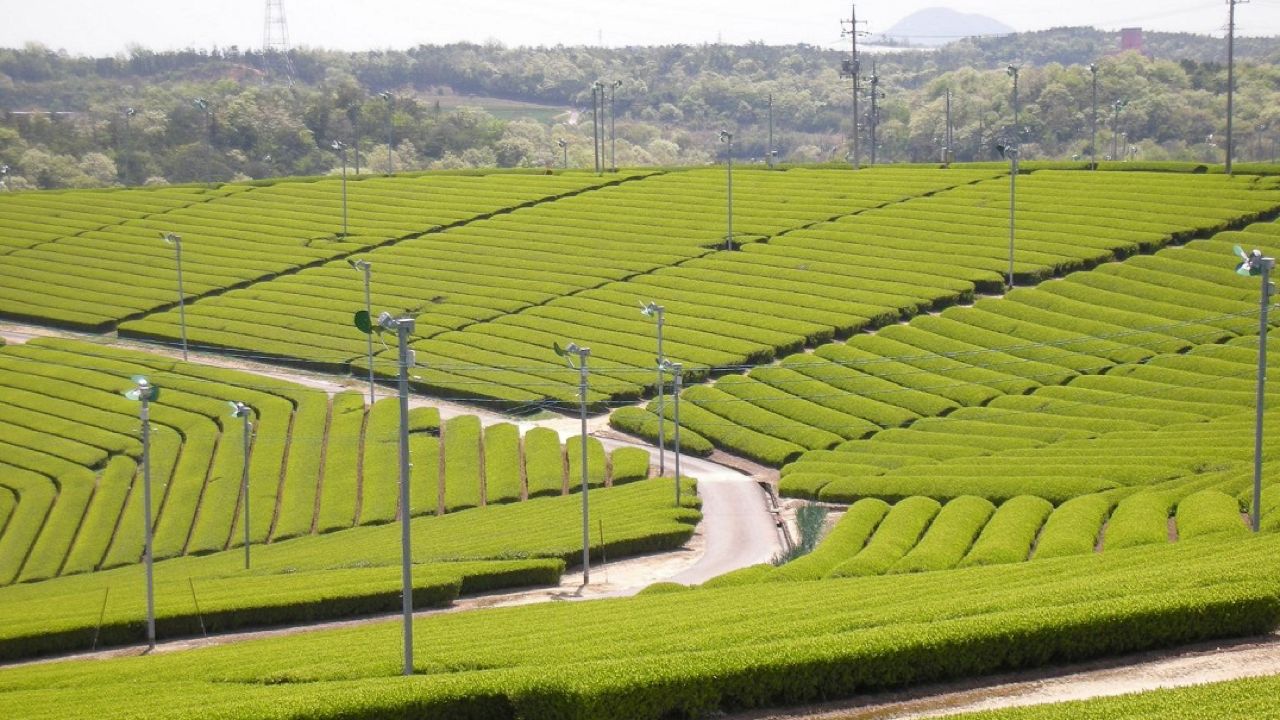 Tiger Hunter, or Protector from the Epidemic

2022 is the year of the Tiger according to the Chinese culture. You may know the tale of the beginning of the Chinese zodiac. One day, God declared that he will choose 12 animals that will come to his front door on a decided day. These 12 animals will become king, each one during a year, according to their order of arrival. The tiger got the third place of this competition after the rat and the cow.

Here is a brave story of a samurai who hunted a tiger. His name is Kato Kiyomasa (加藤清正), samurai at the service of Lord Toyotomi Hideyoshi (豊臣秀吉). The latter asked his warriors to bring him the tiger at the time of a war with Korea, and this samurai succeeded in his mission. Since then, he is famously known as the “tiger hunter”.

Later on, a cholera epidemic devastated cities around Japan during the Edo period. We call it “Cholori” or “Choléra” and write it either “虎狼痢” or “虎烈刺” in kanji (漢字), using the character for tiger (虎) pronounced “Cho or Co”, because the tiger is powerful and fierce.

So to fight this epidemic we made fingerprints of Kato Kiyomasa and distributed them, because he defeated the “tiger”. We believed that we could also survive from the cholera epidemic thanks to his fingerprint. And now it is the corona virus that is attacking us. So why not reuse his fingerprint as a talisman? 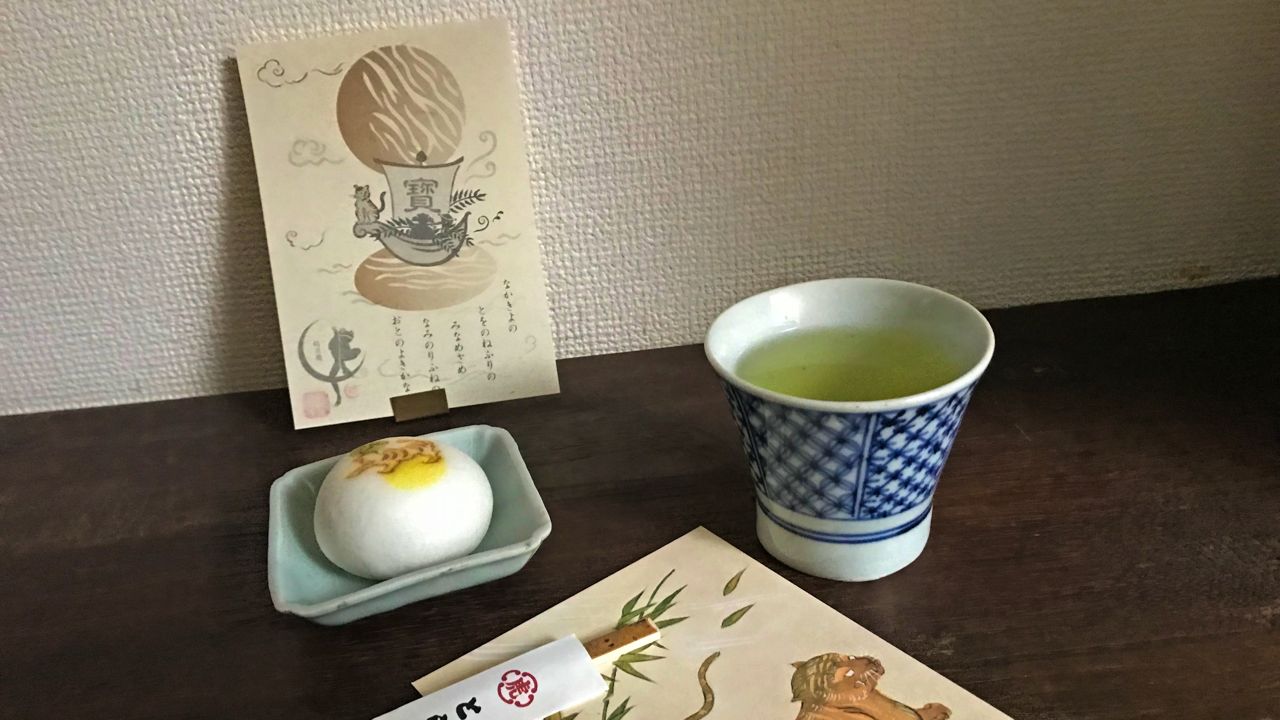 The amount of tealeaves should be adapted according to the desired taste: it should be around 4 grams of Onocha for 200ml (7oz) of spring water. Infusion should last 30 to 60 seconds in water at 60 to 70ºC (140 to 160ºF). You can use the same tealeaves twice, after that you should change the new leaves.