This month we prepared an organic Shincha (新茶), of type Sencha (煎茶), from the island of Tanegashima (種子島), part of the Ōsumi Islands (大隅諸島), all the way in the South of Japan! 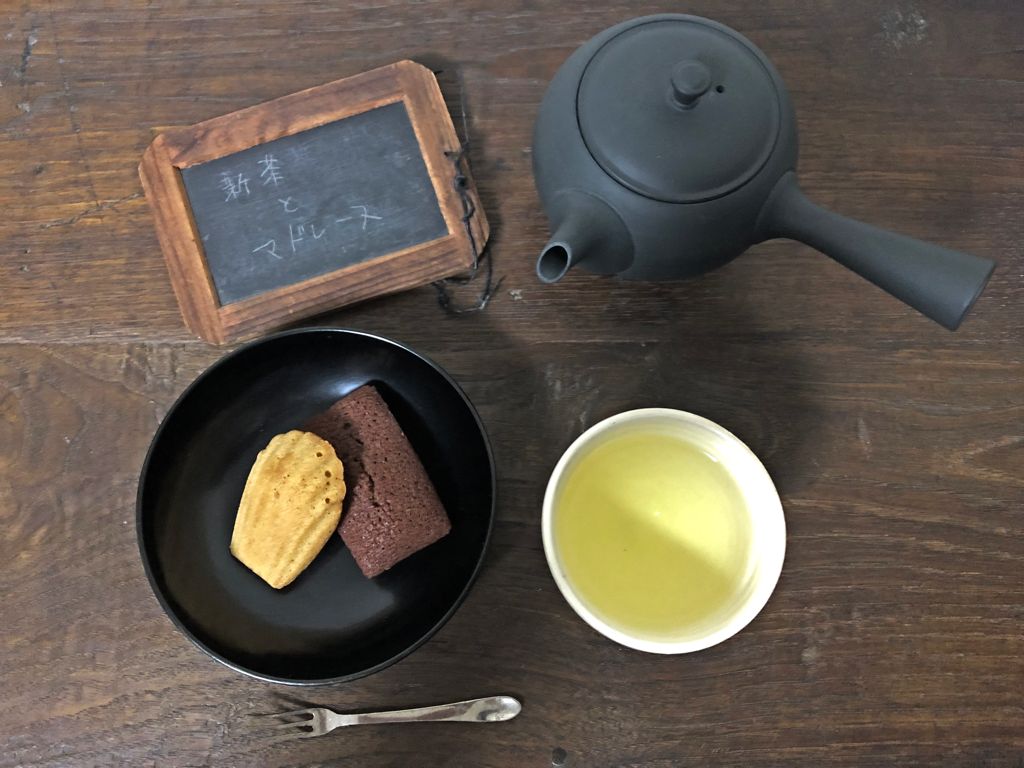 Shincha can be translated as "new green tea" or "first flush green tea". At last the first harvest of 2019 is ready! It has arrived from Tanegashima. It is a beautiful island in the form of a gentle hill. The island is located 115 km to the south of the city of Kagoshima and has a surface of 444 km², almost the same size as Curaçao in the Caribbean Sea.

Tanegashima has a moderate climate and is classified in the subtropical zone: an average annual temperature of about 20ºC (70ºF), annual precipitations between 2,000 and 2,500 mm (80 to 100 inches). The island is subject to typhoons from summer until autumn and monsoons from winter to spring. Tanegashima climate is characterized by pleasant sea breeze and morning mist.

This particular climate brings a lot of umami to locally produced green tea. The tea harvest in this region is the earliest in Japan and generally starts in March (in other regions it usually starts from April). That’s why this tea reminds us of early spring with a slightly bitter taste, but a delicate sweetness.

This organic tea producer takes Asamushi (浅蒸し) method, that is to say to steam the tea leaves for a brief time. The opposite technique is called Fukamushi (深蒸し), and advocates for steaming deeply, in slow fashion. The tea processed this way has a golden water color, and a fresh taste. You can enjoy the aroma proper to green tea.

Since this Shincha has a subtle sweetness and a soft taste, it is recommended not to drink it with spicy foods, or overly sweet foods, but rather with simple things. So I decided to taste it with madeleines: the pairing was perfect!

Past, Present and Future of Tanegashima

In history classes, we are taught that matchlocks (we also say Tanegashima rifle) were brought by Portuguese in Tanegashima during the 16th century. They were then copied and manufactured by Japanese, and these rifles spread from Tanegashima to the rest of Japan. It goes without saying that it was a revolutionary weapon for samurais who used to fight in duels.

We also learn about this island in the class of science, as it is home of a very large space center, called the Tanegashima Space Center. In this center we research the cosmos, in other words, the possibilities of our future in space. This is also the place where we launch rockets to space.

In the meantime, big waves come to the island of Tanegashima. Because of this many surfers have moved there. We say that Tanegashima is the surfing paradise, because of the waves and the many intact natural places.

The amount of tealeaves should be adapted according to the desired taste: it should be around one table spoon (6 grams) of Shincha for 180ml (6oz) of spring water. The infusion should last 60 to 90 seconds in water at 75ºC (170ºF). The second infusion should be done more quickly than the first one. We can use the same leaves up to 2 to 3 times. Enjoy your Shincha from Tanegashima!