We selected a Genmaicha (玄米茶) from Kaga (加賀), in the prefecture of Ishikawa (石川). 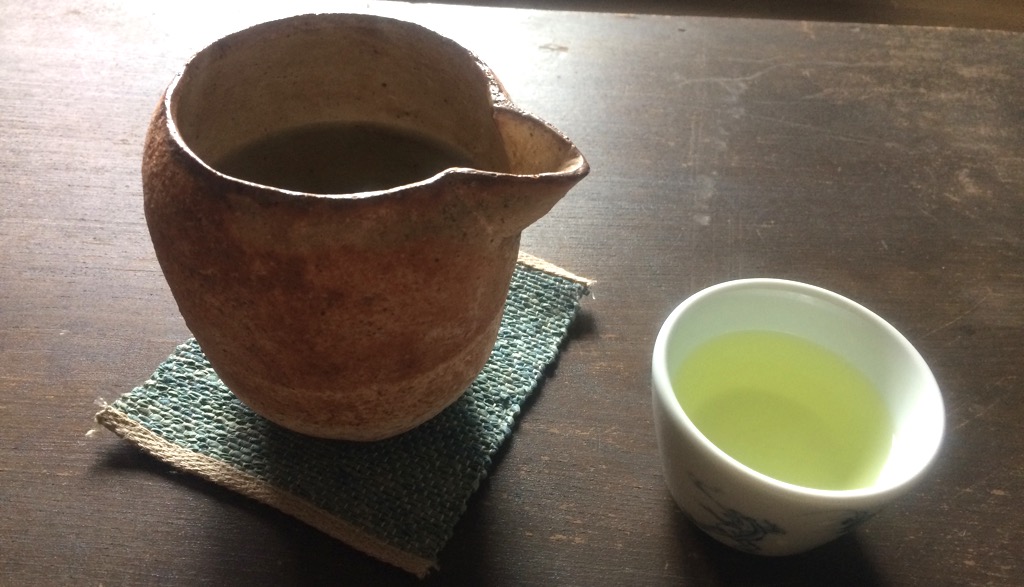 We can say of Genmaicha (玄米茶) that it's the first flavoured green tea thanks to the addition of brown rice, or "genmai" (玄米) in Japanese. We didn’t add anything to green tea until the invention of Genmaicha. The brown rice add some complexity to tea: Genmaicha has a fresh and rich taste, and sweetness as well as strength. It is well balanced. When the season change or when we start to feel the cold a little, Genmaicha penetrates and allow us to relax thanks to the roasted aroma derived from brown rice.

This tea producer uses local sticky rice, and after roasting it, mixes it with Sencha (煎茶) according to its original recipe and proportions. You can also see the blogpost January 2016 for the production of Genmaicha. All of their teas have a 3 month BBD, because they want us to taste them at their best. It is of course safe to consume this Genmaicha after 3 months.

The tea producer is Maruhachi Seichajo Co., Ltd. We introduced you to their Bōcha before, in November 2015). They have a history of 150 years since the beginning of Edo period (1863). You can see the commercial for the 150th anniversary of their foundation.

There are quite a few events in the tea market during October and November in Japan, because there are 2 days dedicated to Japanese tea in October: October 1st and 31st. Note that there’s another 4 days for tea during the year: May 2nd for green tea, November 1st for black tea, February 6th for matcha, etc. It seems that Japanese people like creating “the day of …”.

October 1st: the day when Grand Kitano Tea Ceremony was held in Kyōto in 1587 by order of Toyotomi Hideyoshi (豊臣 秀吉), powerful daimyō regarded as Japan's second "great unifier" durant the Sengoku period. Everyone -lords, common people and foreigners- who was knowledgeable about tea could participate, and prepare tea for Toyotomi Hideyoshi.

October 31st: the day when Eisai (栄西) came back to Japan from China. He was a master of Zen, and the patriarch of green tea. He brought tea from China and founded the culture of drinking tea in Japan.

For further reference, November 1st is the day of Genmaicha, the same as black tea. Since Genmaicha is half made from brown rice, Rice Agricultural Cooperative in Japan picked the day following that of green tea, to honour it.

The amount of tealeaves should be adapted according to the desired taste: it should be around 2 teaspoons (12 grams) of Genmaicha for 260ml (9oz) of spring water. The infusion should last 50 seconds in boiling water.