Happy New Year 2016! Just like last year, we will try to introduce you to oishii Japanese green teas all year long. For a good start, we selected an Obukucha (大福茶) from Kyoto (京都). 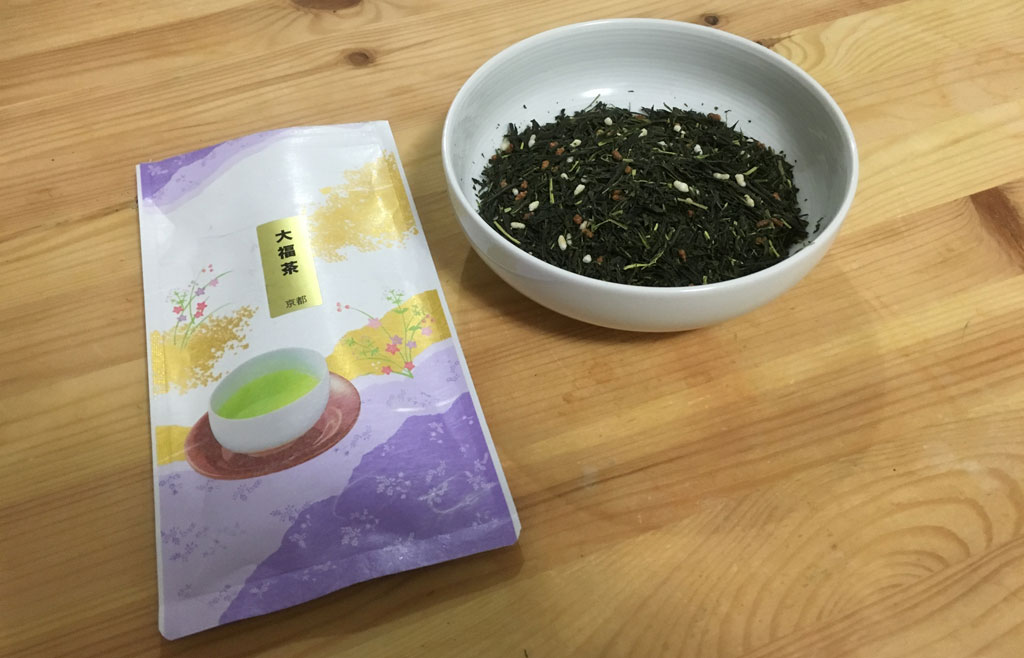 Obukucha (大福茶) is a special tea prepared only for the first month of the new year. The type of tea varies according to the tea producer. The Obukucha we selected is a Genmaicha (玄米茶), which means literally a tea (茶) of brown rice (玄米).

Genmaicha is a green tea blended with grains of roasted rice, and grains of white rice exploded just like popcorn. The green tea used also varies from producer to producer: either a Bancha (番茶) or a Sencha (煎茶).

Genmaicha doesn’t have a long history: it was invented around 1930 before World War II, in Kyoto. In Japan, we have the custom of eating rice cakes in the period of New Year. A tea merchant had the idea of mixing crumbs of rice cake with tea, after roasting the crumbs. Indeed Japanese people hated the idea of wasting even one grain of rice (or even one crumb of rice cake), until at least the end of the war…

Genmaicha usually have a pale yellow color with an agreeable bitterness. Thanks to the addition of brown rice, the proportion of caffeine is decreased in the tea.

The history of Obukucha, Kyoto

The city of Kyoto is an ancient capital of Japan. Kyoto holds many precious stories, and was always a witness of Japanese history. In the 10th century, Heian area, a terrible epidemic spread throughout the city of Kyoto. Kūya, an itinerant Buddhist priest, gave tea to the people suffering from this contagious disease, healing them thanks to this tea.

Emperor Murakami, who heard this rumor, started to drink tea on the first day of the New Year. Because of this, Obukucha was first written with a different set of kanjis: 皇服茶, which means “tea that the emperor drinks”. Over time, the kanjis of Obukucha were replaced with the ones used to this day: 大福茶, which means “tea of great happiness”. The pronunciation always remained the same.

People of Kyoto drink Obukucha in the first days of the New Year, praying for happiness and health.

The producer is IPPODO Tea Co.. This venerable tea shop was established in 1717 in Kyoto, nearly 300 years ago. 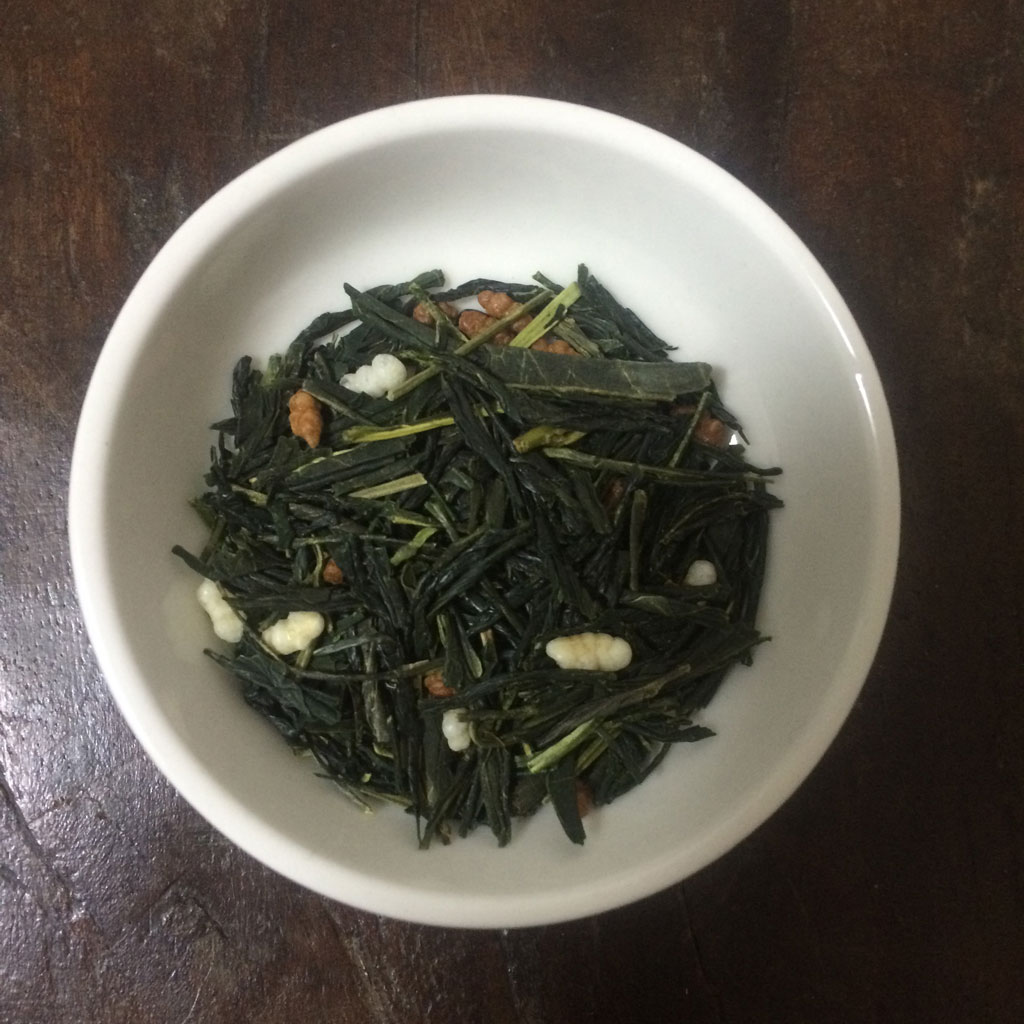 The amount of leaves should be adapted according to the desired taste: around 2 heaping teaspoons (10 grams) of Obukucha for 240ml (8.0oz) of spring water. The infusion should last thirty seconds in water at 100ºC (212ºF). Up to 3 pots can be made using the same tea leaves.