Happy new year 2017! To begin the new year, we selected a kind of Sencha (煎茶): an Ibicha (いび茶), from the district of Ibi (揖斐) in the prefecture of Gifu (岐阜).

Ibicha (いび茶) is produced in the prefecture of Gifu, more precisely in the district of Ibi. The tea plantations spread along the Ibi river (揖斐川) and around the base of Mount Ikeda (池田山). The character of Ibicha is a light sweetness at the same time as a bitterness with a rich scent. The tea color is a yellow green with a nuance of gold.

The history of Ibicha goes back more than six centuries. It was chosen as "the official tea for the Edo shogunate (the feudal government)" in 1795. With this nomination, many teas were produced in this area at that time. The methods of production of tea were transmitted from generation to generation, slowly being improved.

After the Meiji restoration (a period of rapid modernization after a long period of isolation) in 1868, this tea was exported to US, England and Korea. It is said that there are tea plantations called "Tea plantations in the sky" at altitudes above 300 meters, in this area, a sort of "Machu Picchu of Gifu"! We take a pathway in the mountain and finally we could discover the tea gardens in the sky.

The tea producer is Zuisoen, founded more than one century ago.

Pop-Culture tourism to the cities of Gifu

The prefecture of Gifu is trendy in Japan because of last year animation movie called "Kimi no na wa" (君の名は), which had an international release as "Your Name" around last November. The movie became nº2 at the all time box-office of Japanese movies after Miyazaki's "Spirited Away" (千と千尋の神隠し). A city in the Gifu prefecture is featured in the movie, and many Japanese young people who watched it try to visit the places it features, such as the bus/taxi station, the library or shops, etc. which are almost exactly the same as the ones in the movie.

It is en vogue in Japan to visit the places featured in animation films. This phenomenon does not appear only among Japanese people, but also among foreigners who come to visit Japan. I have not watched this movie yet, so I am not sure that the characters drink Ibicha… however maybe!?! The prefecture of Gifu tries to revitalize its towns, taking advantage of animation films; they built the Manga library and hold a festival of animation films every year. 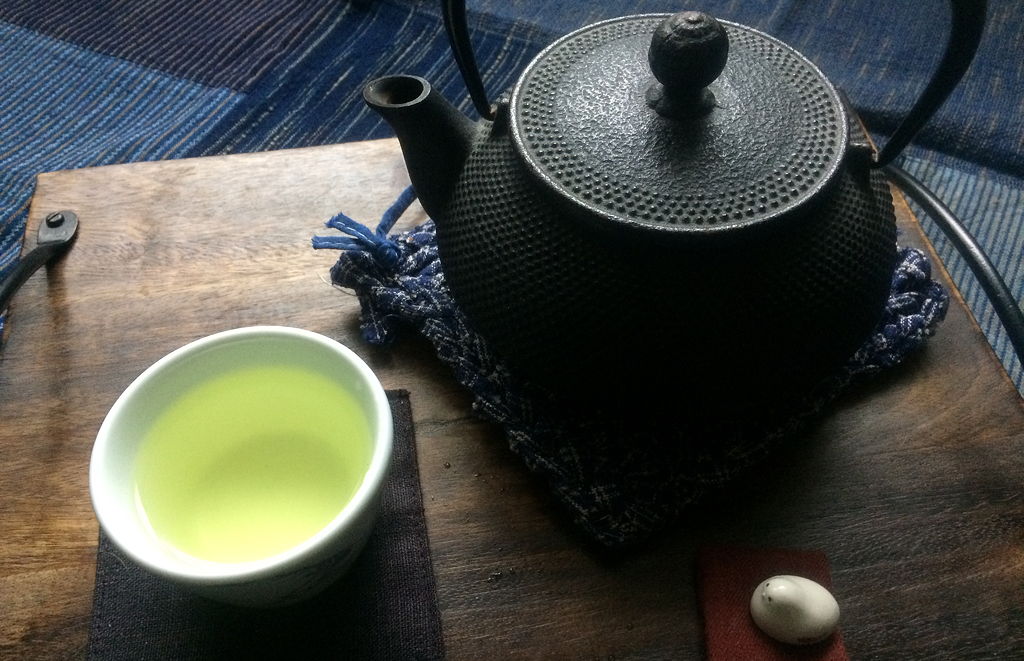 The amount of tealeaves should be adapted according to the desired taste: it should be around 3 tea spoons (10~15 grams) of Ibicha for 210-240ml (7.1~8.1oz) of spring water. The first infusion should last between 30 and 60 seconds in water between 70ºC and 80ºC (160~175ºF). The second infusion should be done more quickly and at a higher temperature than the first one.