This month we selected a Riguri-Yamacha (りぐり山茶) from the prefecture of Kōchi (高知), on the island of Shikoku (四国). 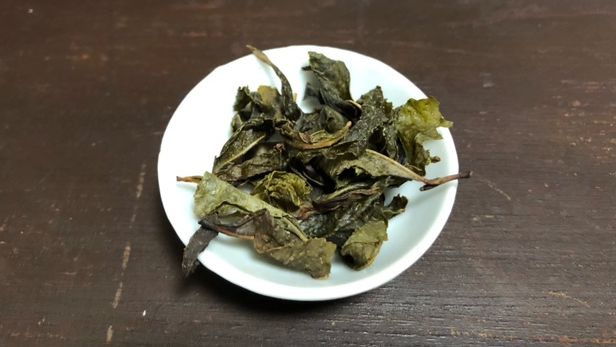 In this region of the island of Shikoku (四国), the word “riguru (りぐる)” means “elaborate”. Then, we use an indigenous tea cultivar that grows spontaneously here and there in the mountains. Hence the name of this tea: elaborated “riguri (りぐり)” from the mountains “yama (山)”, that is to say “Riguri-Yamacha (りぐり山茶)”.

The precise region of production is called Inomachi Ogawa (いの町小川), and is located in the Shikoku Mountain Chain (四国山脈), right in the middle of the island, in the prefecure of Kōchi (高知県). The tea trees grow between the world of nature, and the world of humans. After picking up organically grown tea leaves, we roast them in a cauldron. 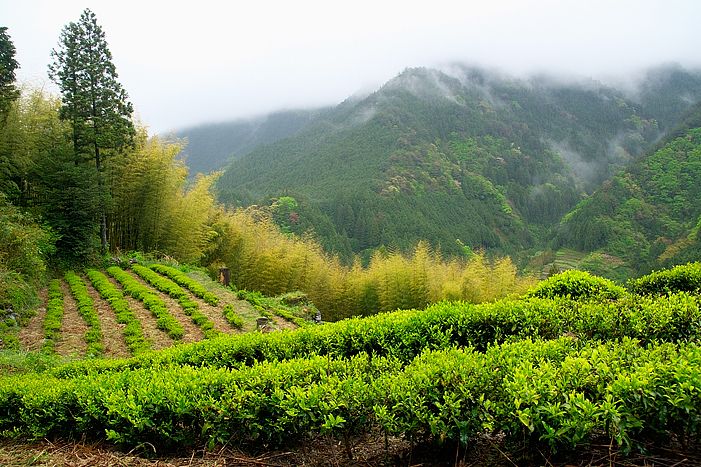 Since tea leaves are well dried in the sun before roasting, we can feel the aroma of the sun. This Riguri-Yamacha has a specific nutrition, and a mellow scent coming from the mountain. People in this region describe it as “the scent from the forest in May (皐月の森の香り)”. Riguri-Yamacha is in the same category as Zaracha (ざら茶).

The other day, I received a chestnut cake from my friend, home made by her mother. We are still in the season of chestnuts. I served it with the Riguri-Yamacha. The color and taste of Riguri-yamacha go very well with those of this cake. Everything is in chestnut colors. I can feel the deepening autumn. On the other hand, I also feel that winter is right at the corner. 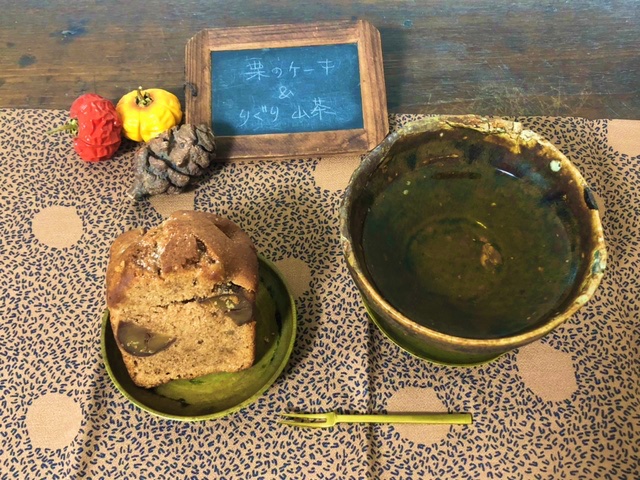 During the Edo (江戸) area, the prefecture of Kōchi (高知県) used to be called Tosa (土佐). Tosa reminds us, Japanese people, of a historical figure, a most famous hero in Japan. His name is Ryōma Sakamoto (坂本龍馬).

Everyone in Japan knows Ryōma Sakamoto. He lived towards the end of the Edo area (19th century), and worked hard to advance the Meiji Restauration (明治維新), that is, to open the doors of Japan to foreign countries, doors which had been closed for more than 200 years.

However, he was assassinated by someone (we do not know by whom) in Kyōto before being able to see the newly renovated Japan. That was on the day (November 15th) he was born in Tosa. He was only 33 years old. But he tried to do many new things. He was a curious and bold man.

He still continues to influence a lot of contemporary Japanese people. He teaches us that to challenge ourselves, to try new things without fear. He is the number one, more than any other, in Tosa. 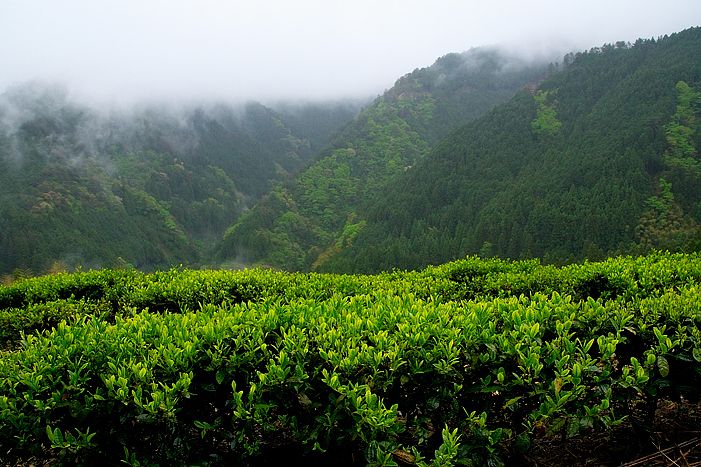 The amount of tealeaves should be adapted according to the desired taste: it should be a tea spoon of Riguri-Yamacha for 200ml (7oz) of spring water. The infusion should last 3 to 4 minutes in water above 90ºC (190ºF). For the next infusions, raise the temperature and reduce the infusion time. The leaves can infuse 2 to 3 times. The infused tealeaves can be tasted. People in this region use them as a topping for rice.

You can also make Riguri-Yamacha in the refrigerator. Put tealeaves (4 to 5 tea spoons) and 2 liters of spring water in a bottle and leave it in the refrigerator for more than 5 hours. My recommendation is to leave the bottle at room temperature for one hour, and only then to put it in the fridge.

Drink it hot, cold or at room temperature as you like. Enjoy!