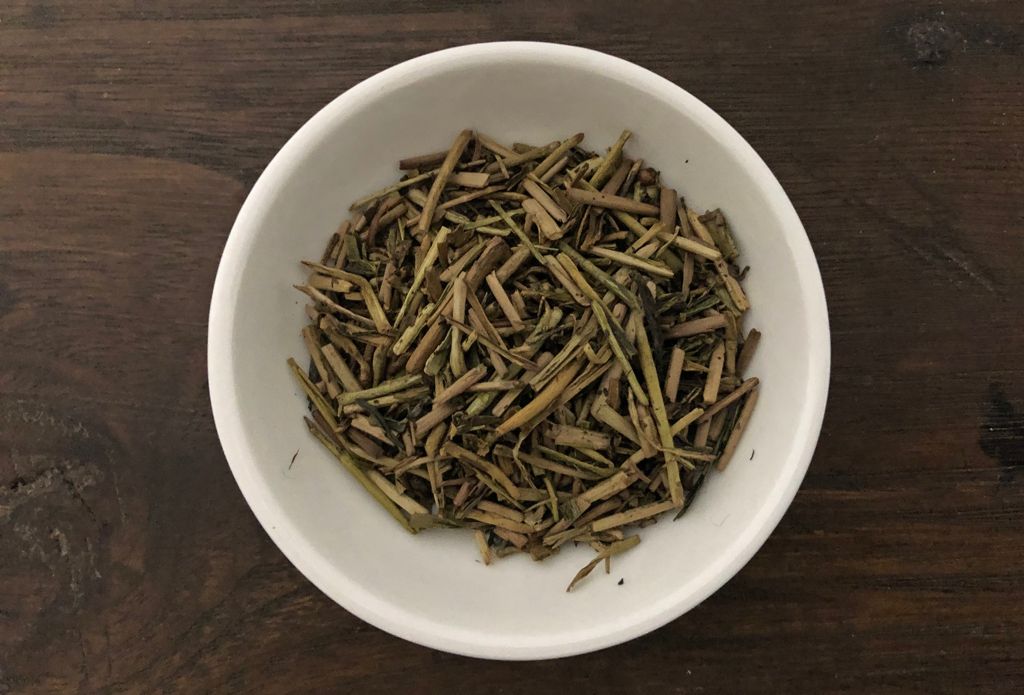 A Hōjicha, or roasted green tea, produced from a green tea from Kagoshima, and Osaka’s roasting technology. We barely produce green tea in Osaka. But Osaka, or more precisely the city of Sakai, is the hometown of our great master of Japanese green tea, Sen no Rikyū (千利休). He perfected the tea ceremony (茶道, literally the "way of tea") and established the concept of wabi (詫び, which means a sober and calm state/style), derived from the way of tea.

Since Middle Ages in Japan, Osaka is an important harbor in Japan, and flourished as a merchant city. People living in this city were mostly merchants, and were open to discover and accept new things spontaneously, including tea coming from China. Thus, the tea culture developed quickly and widely among inhabitants.

Selecting a green tea from Kagoshima to produce this Hōjicha is easy to understand: the conditions to grow tea there are almost perfect, so teas from Kagoshima are consistently excellent. The roasting is handled by Tsuboichi Seicha Honpo, a tea house established in 1850, 169 years ago!

Tsuboichi Seicha Honpo is a specialist for the triage of tea leaves, and of the process of roasting tea. They roast tealeaves lightly, but slowly, after carefully selecting them. The resulting Hōjicha has a refreshing aroma and a golden color, with a hint of Sencha. This Hōjicha is also served in some restaurants in Japan that are listed in the famous Michelin Guide.

In summer, Japanese people often eat warabimochi (わらび餅), a kind of jelly made from bracken starch with sweet toasted soybean flour. It is served cold. It is very pleasant to taste warabimochi with cold Hōjicha in the summer. 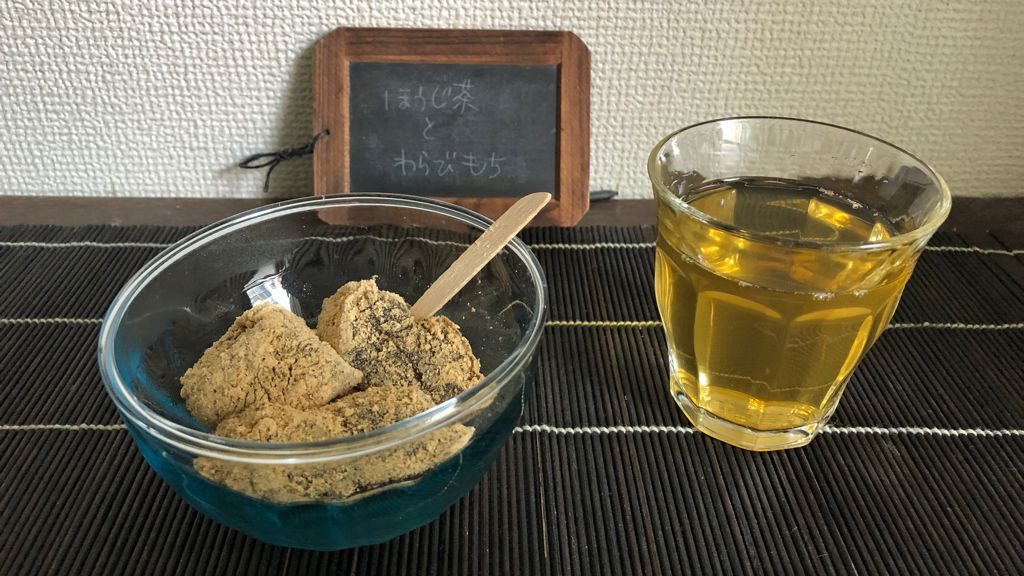 Recently we had a big festival called Tenjin-matsuri (天神祭) in Osaka. It is held every year on July 24th and 25th. This festival is one of three big festivals in Japan, with that of Kyoto and Tokyo. This ritual started over a thousand years ago in order to summon deities on Earth once a year, and wish good health, prosperity, peace, etc.

Disguised people, floats and portable shrines, over 3000 participants make a big parade on foot or using floats, among which the famous float of Moyooshi-daiko (催太鼓). The event drum float attracts us by its singularity. Six drummers wearing a tricolor beat a big taiko (drum) on a float that strongly shakes, like a seesaw. They wear a strange red hat. Don’t you think this hat looks like that of Middle Ages in Europe?

There is also a portable shrine reserved for girls, called Gal Mikoshi (ギャルみこし) (portable shrine for girls). Traditionally it is strictly forbidden for women to carry a portable shrine, because Shintoism postulates that women are not pure and should not touch a shrine dedicated to deities. However, here in Osaka, we don’t care about such taboo. Osaka is tolerant, nice and especially funky!

The amount of tealeaves should be adapted according to the desired taste: for 2 persons, it should be around 2 tablespoons (8 grams) of Hōjicha for 500ml (17oz) of spring water. The infusion should last 30-60 seconds in boiling water.

You can also drink cold Hōjicha during summer. Prepare 8 to 10 grams of Hōjicha in one liter of spring water, and leave it for over 3 hours in the refrigerator. Please note that cold Hōjicha does not last long. It's better to drink it within 2 days.