To make a good start for our first Tomotcha of the year, we selected a Kakegawacha (掛川茶), a type of Fukamushicha (深蒸し茶) from the city of Kakegawa (掛川市) in the prefecture of Shizuoka (静岡). Shizuoka is the largest producer of green tea in Japan. 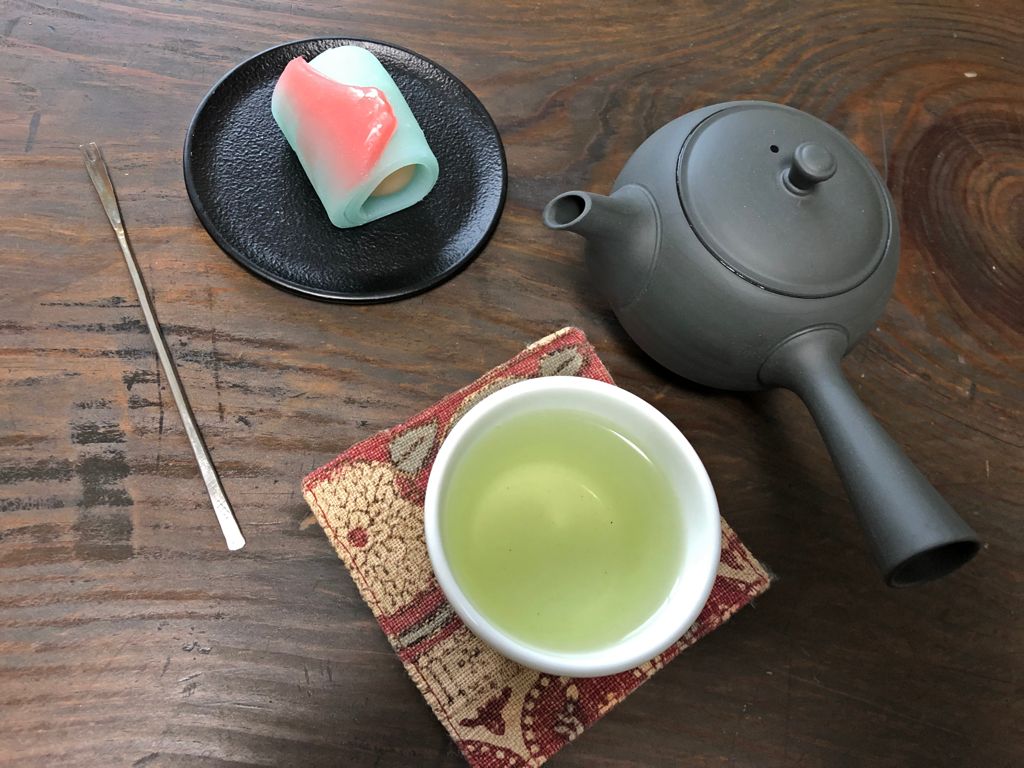 Tea plantations of Kakegawa are located on a gentle hill and abundantly exposed to the sun. Tea leaves grown in these conditions have a lot of catechin, which makes the tea bitter. In order to soften the tea, we invented a process called “Fukamushi (深蒸し)”, which means literally "to steam deeply". By means of steaming for a longer time than sencha, catechins (and other elements) are decomposed, thus reducing the catechin content, and releasing many other elements. In that way, we succeeded in softening the bitterness and making a good Kakegawacha.

According to analysis, the elements included in an infusion of Fukamushicha that are not present in an infusion of a normal Sencha are: β-carotene, Vitamin E and Chlorophyll. These elements play a part as follows: β-carotene = antioxidant effect, Vitamin E = development of blood circulation and improvement of immune function, Chlorophyll = development of intestinal environment.

According to recent surveys, Kakegawa is the city where mortality due to cancer is the lowest and the cost of medical treatment for elderly people is the least expensive among Japanese cities of more than a hundred thousand inhabitants. We say that it is because of Fukamushicha of Kakegawa, since inhabitants of Kakegawa city drink it in their daily life.

I tasted Kakegawacha with a Japanese cake called “初富士 (Hatsu Fuji)”, literally ”the first view of Mount Fuji of the year”, because Kakegawa is located in the same prefecture as the Mount Fuji, where we can see it from this city. For Japanese people, the mount Fuji is an auspicious symbol. Why? Because… see the next paragraph!

First dream of the year

Do you remember your first dream of the new year? In Japan, auspicious dreams are… "ichi fuji, ni taka, san
nasu (一富士二鷹三茄子)", or "1st: mount Fuji, 2nd: Hawk, 3rd: Eggplant". Do you think this is somewhat weird? We have several reasons for this combination.

First, these were the three favorites of Tokugawa Ieyasu (徳川家康), the Shogun during the Edo period, who spent most of his life in this region. Second, Mount Fuji is the most beautiful mountain in Japan, Hawks are intelligent as well as strong, and Eggplant has 2 meanings in Japanese: the vegetable and the verb “to achieve”.

Third, there are puns... Fuji can be spelled “safe and sound (無事)” or “immortality (不死)”, Taka (hawk) can be spelled “high (高)”, and Nasu (eggplant) can be spelled “achieve (成す)”. For people who want to have an auspicious dream by hook or by crook, we recommend to put the picture of a treasure ship under the pillow! 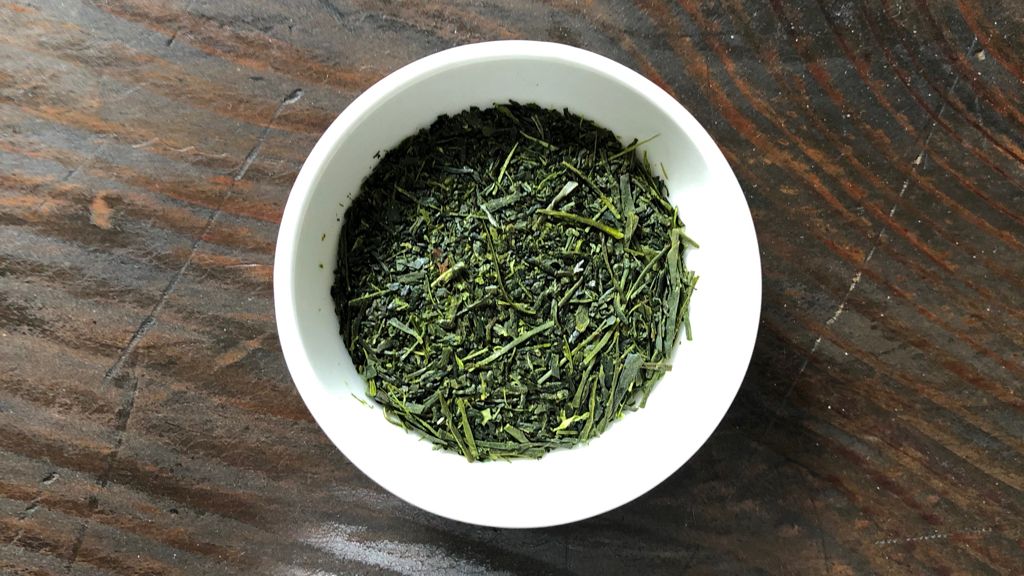 The amount of leaves should be adapted according to the desired taste: it should be around 2 teaspoons (5 to 6 grams) of Kakegawacha for 180ml (6oz) of spring water. The infusion should last 2 minutes in water at 70 to 80ºC (160-175ºF). The second infusion should be done more quickly than the first one.