For once it's not Yasuko writing about tea! I don't have her knowledge of Japanese history and culture, but I will try to take you for a short trip to the South of Japan, from where I brought back the October 2018 selection: a Sencha (煎茶) from Kagoshima (鹿児島). 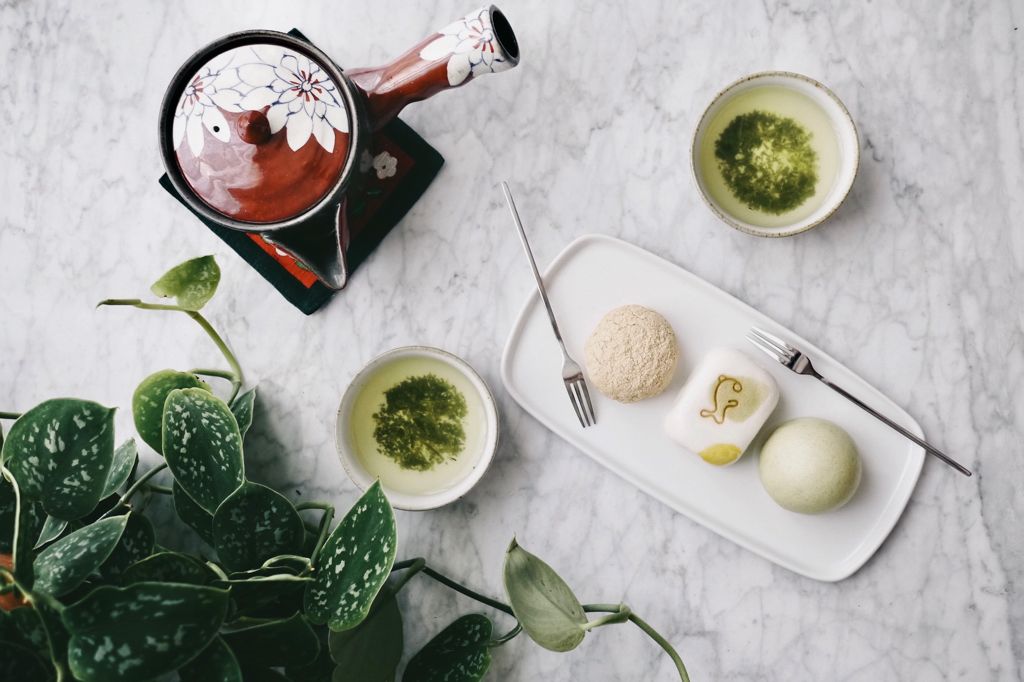 Kyūshū (九州) is the southernmost island among the four main islands of the Japanese archipelago. Kyūshū litteraly means "nine states", and is thus composed of nine prefectures. Interestingly, the name of the smallest of the four main islands, Shikoku (四国), litteraly means "four countries". It is of course composed of four prefectures. But let's head back to Kyūshū. The southernmost prefecture of Kyūshū is Kagoshima, whose main city is… Kagoshima. As you can see, sometimes Japanese people like to keep things simple!

South of the city Kagoshima lies the city of Ibusuki (指宿市). It's a small city, practically a village, but it has a very interesting feature: it stands right at the entrance of the bay of Kagoshima. The surrounding landscape is absolutely breathtaking, born from the past -including recent past- intense volcanic activity.

If there are volcanoes, then there are hot springs, called "onsen" (温泉) in japanese. Perfection is reached by finding hot springs right there, with a view of the entrance of the bay Kagoshima and the Pacific ocean.

When thinking of volcanoes, most people think of lava flows, murderous eruptions and desolated landscapes. But volcanoes can be a blessing, as the fertilize the soils.

The process is in fact pretty simple: volcano ashes are composed, in part, of small pieces of glass rich in minerals (iron, magnesium, potassium, phosphorus, selenium, etc). If the levels of heat and humidity are high enough, this dust become what is essentially a natural fertilizer! So under a hot and humid climate like that of Kagoshima, volcanoes are spewing fertilizer all year long, that just fall from the air on the soils all around the island.

At the center of the prefecture of Kagoshima, right in front of the city of Kagoshima stands a massive volcano: Sakurajima (桜島). It is the most active volcano of Japan, and can erupt several times a day. Not long ago it was an island in the middle of the bay of Kagoshima. But after an intense eruption in 1914, the lava flow formed a bridge to Kyūshū. So instead of an island it's now a peninsula.

Thanks to Sakurajima (桜島) fertilizing the land, and a favorable climate, Kagoshima is the perfect place to produce tea! 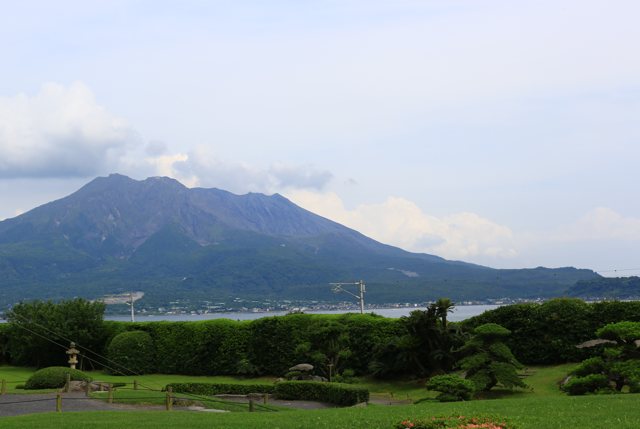