We don't cultivate green tea in the region of Yamagata, because it is located in the North of Japan and is not suitable for tea plantations. Instead, we cultivate delicious rice there. As a result, the producer -named Kiyokawaya (清川屋)- in the prefecture of Yamagata had the idea of making a Genmaicha using a variety of rice unique to this region, called “つや姫 (tsukihime - brilliant princess)” having features like “sweetness”, “umami” and “polish”. According to the producer, the tea has three characteristics: (1) a pleasant bitter aroma coming from roasted brown rice, (2) a beautiful colour coming from matcha and (3) a rich taste.

To taste this Genmaicha, I picked a Japanese sweet called “秋日 (Shujitsu)”. It means “a day of autumn”. We are still far from autumn here in Japan, however, let’s imagine the sunset with dragonflies of an autumn day for a moment, like the image of this cake.

The dragonfly represents the autumn. Samurais loved it very much and used it as motif or blazon, because dragonflies fly upward, not downward. We also call dragonflies “Kachimushi (勝ち虫)”, literally insect of victory. This is exactly what they had really desired. Anyhow, it looks strong even in English with the word “dragon”. This tea goes very well with the sweetness of this cake. 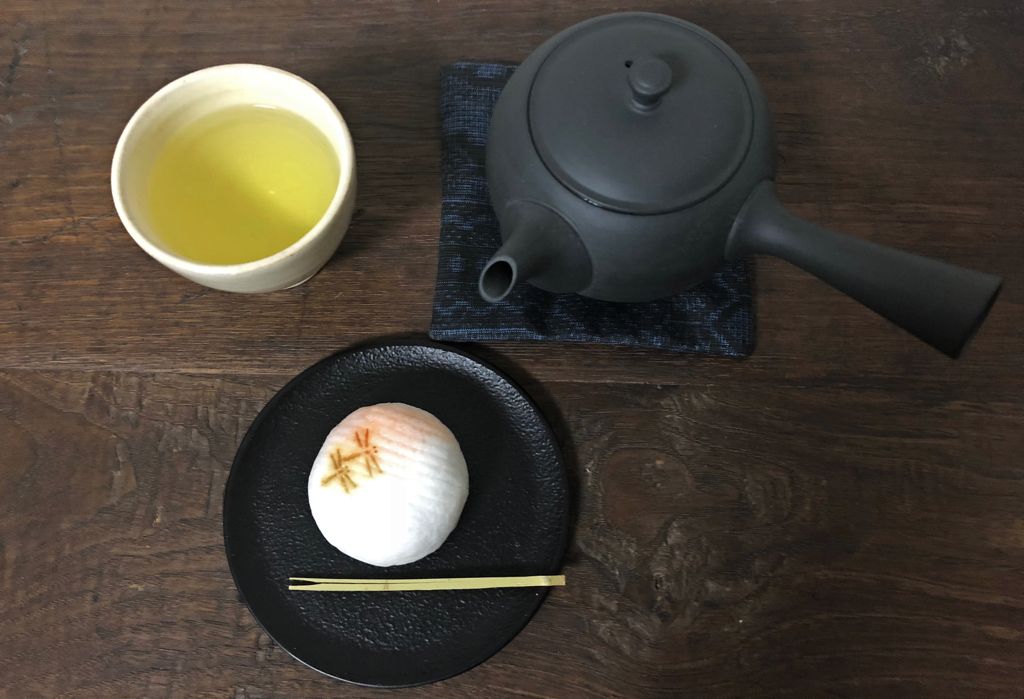 September 9th (double 9) is the festival of Chrysanthemums, dedicated to longevity and older people. It was imported from China at the beginning of the Heian period (8th century). Unfortunately Japanese people tend to forget this festival, compared to 3/3 (for girls) or 5/5 (for boys). This is the last festival of the year based on a doubling an odd figure. We especially celebrate it with chrysanthemums, because chrysanthemums are the symbol of longevity. 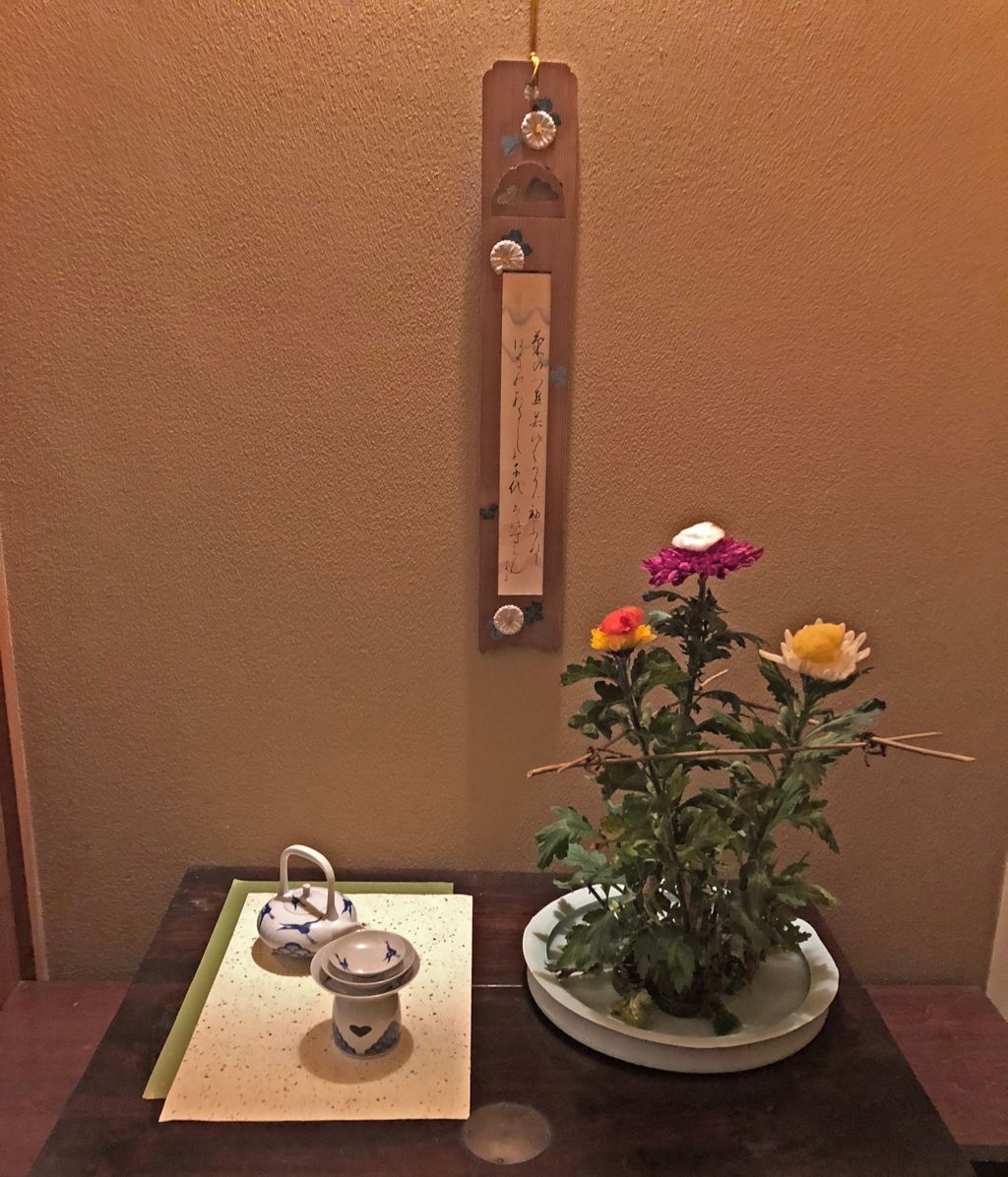 The amount of tealeaves should be adapted according to the desired taste: it should be around one tablespoon (9.5 grams) of Genmaicha for 180ml (6oz) of spring water. The infusion should last 20 to 30 seconds in water at 90ºC (190ºF).