This month we selected a Tosa Aburicha (土佐炙茶) from the prefecture of Kōchi (高知).

Tosa Aburicha (土佐炙茶) is a kind of Hōjicha (焙じ茶) which we have already introduced to you several times. However, we have no right to call Aburicha any other Hōjicha. In order to make a tea called Aburicha, we have to use 100% of tea leaves from the area of Tosa (土佐), a former province of Japan in the area that is today Kōchi Prefecture. An authorization is also needed in order to use the appellation “Tosa Aburicha”.

From ancient times, ”Mountain tea” grew spontaneously in this region that has fertile lands. The people in this area drunk hot water with roasted tea branches. The tea plantations spread over two rivers: Shimanto (四万十川) and Niyodo (仁淀川). The prefecture of Kōchi (高知) has a temperate climate because of the Pacific Ocean with heavy precipitation and a large difference of temperature between day and night. It also has fog, which cover the tea plantations and help improve the tea quality.

Tea in this area where the sun rises late and sets early, is less bitter and rich in scent and taste. Tosa Aburicha is produced from the harvest of the beginning of autumn. Tea is carefully roasted according to temperature and humidity. Tea thus prepared has little theanine and is drinkable by everyone. It matches well with every food and desert. You can drink it whenever you want!

The prefecture of Kōchi is located on the island of “Shikoku (四国)”, that is divided in 4 prefectures. It is facing the Pacific Ocean, so it is often affected by typhoons from summer to the beginning of autumn, however it also benefits from a lot of fresh seafood from the Pacific Ocean.

The people of Kōchi have a special method for cooking, called “Aburi(炙り)”. It means “roast”, or more precisely, “roast the surface of the material”. For example Katsuobushi (鰹節) is a kind of dried, fermented, and smoked skipjack tuna. It is indispensable for Japanese cooking: for soup stock and seasoning. Another example is Katsuo no tataki, semi-cooked (rare) bonito. It is half-way between “raw” and “roasted”. People in this region know how to lock taste inside its ingredient, by roasting only the surface. 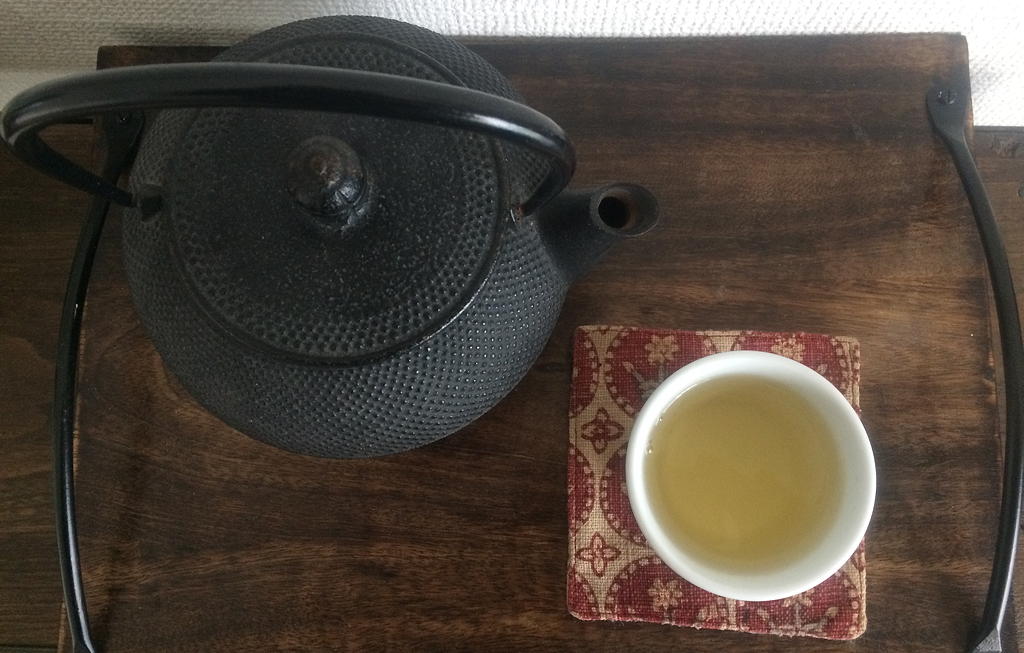 The amount of tealeaves should be adapted according to the desired taste: it should be around 2 heaping teaspoons (6 grams) of Tosa Aburicha for 260ml (8.8oz) of spring water. The first infusion should last between 30 seconds in boiling water. For the second one, pour the tea in your cup as soon as you put boiling water on the Aburicha leaves. After the second infusion, please change the tea leaves.

You can also make cold Tosa Aburicha. Prepare 1 liter of water for 10 grams of Tosa Aburicha. Leave in the fridge for 2 to 6 hours according to taste.