This month we selected an organic Sayamacha (狭山茶) from Iruma (入間), in the prefecture of Saitama (埼玉). 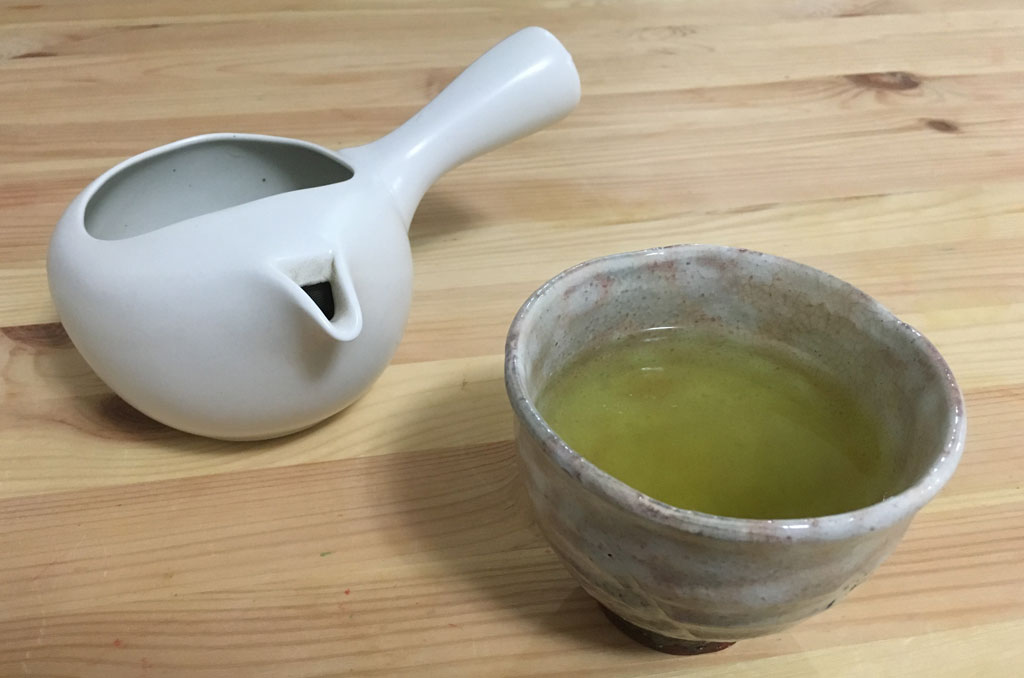 Sayamacha (狭山茶) is one of the three major Japanese green teas (Shizuoka, Uji and Sayama). A proverb in Japan says:
“Color of Shizuoka, aroma of Uji, and flavor of Sayama”. The history of Sayamacha goes back to the era of Kamakura (9th century) when a high buddhist priest, Ennin, brought tea from Kyoto to Sayama.

This region is located quite North as far as green tea production is concerned. The colder climate makes tea leaves thick. The harvest in this region is done only twice a year, compared to 4 or 5 times a year in other regions. Well-selected tealeaves are steamed at high temperature and then detached, kneaded and dried by hand on Washi, a kind of Japanese paper. Literally, Sayamacha means "tea of Sayama" (the name of the region). It is categorized as a Fukamushi Sencha.

Sayamacha has a sweet and dense taste. The leaves are thicker than that of other green teas, that’s why Sayamacha has a full body with a kind of richness. On the other hand green teas from warmer areas, like Kyushu, have more freshness with lightness. 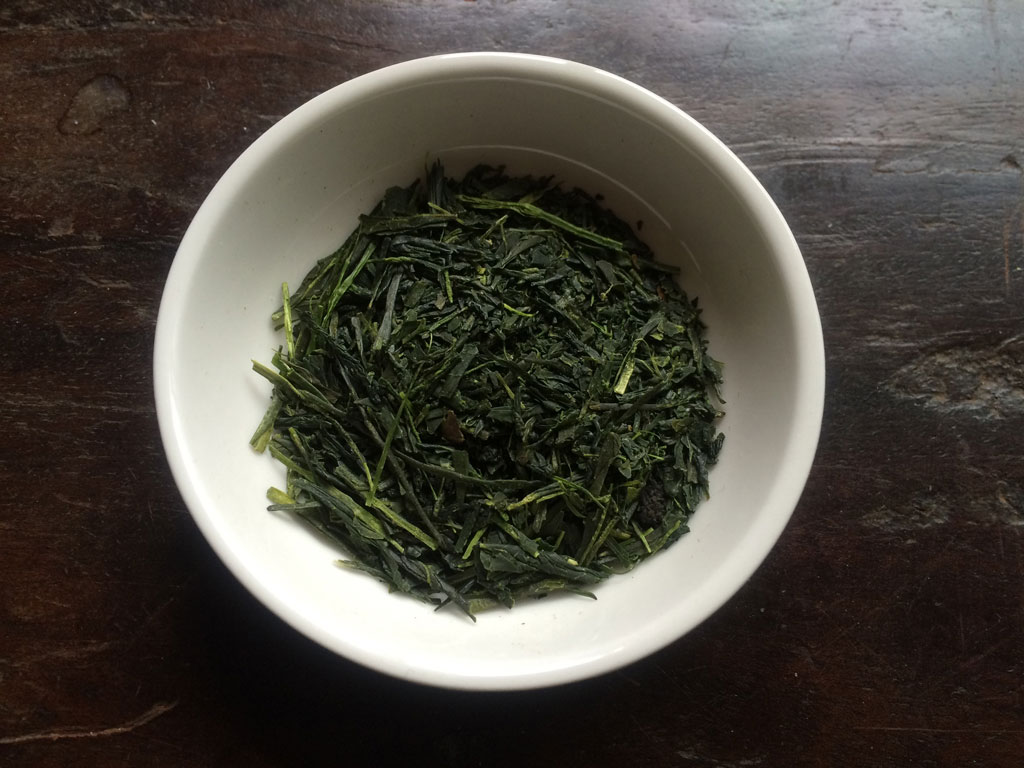 The prefecture of Saitama

The prefecture of Saitama is located in the north of Tokyo. It is one of the dormitory towns of Tokyo. People tease Saitama for having the specialty of not having any specialty.

However, we should not forget that Saitama produces Japanese traditional folk arts, such as dolls for boys (五月人形) and girls (雛人形), Bodhidharma dolls called Daruma (ダルマ), carp-shaped wind socks called Koinobori (鯉のぼり), and a traditional Japanese paper called Washi (和紙) which has been recognized as a world intangible cultural treasure in 2014 by the UNESCO.

The producer of the tea we selected is Masuokaen. They adopted organic practices thirty years ago, so their products are made only with organic tealeaves, coming exclusively from their own tea plantations. Masuokaen is often featured on television and radio for its Sayamacha and organic production.

The amount of tealeaves should be adapted according to the desired taste: it should be around 2 teaspoons (6 grams) of Sayamacha for 200ml (6.8oz) of spring water.

If you have questions about Japanese green teas, please don’t hesitate to ask us!